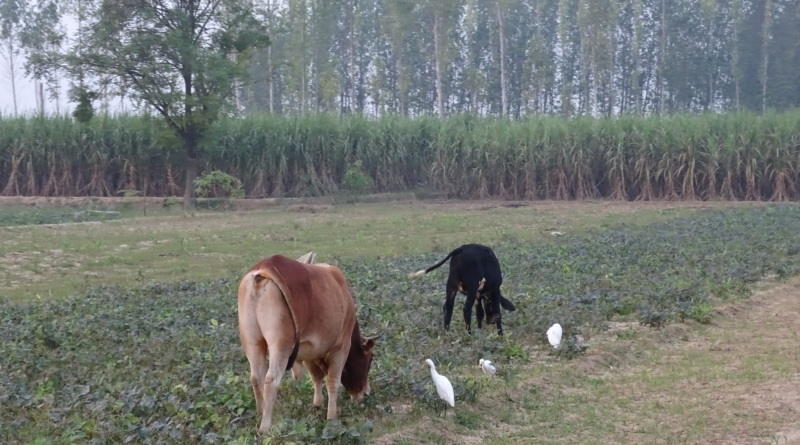 Below, as mentioned in his article of December 8th 2020, Prof. Bhargava offers us a simple solution, that answers both environmental and economic questions, as much as to farmers and villagers – that is to say still more than 60% of the Indian population – as to city dwellers whose numbers are increasing at an exponential rate.

But beyond the Indian context, perhaps it would be interesting to see how to adapt these agricultural measures to the different climates of the European Union, and in particular those of France. The recycling of our urban sewage / black water, in the dynamics of circular economies, offers a variety of usable fertilizers whatever the geographical conditions of the farms. Temperate, Mediterranean, tropical (French islands of Guadeloupe, Martinique and La Réunion) or (semi) continental (Poland) climates, in a farm of several thousand or hundreds of hectares or even a few dozen (subsistence farms), or even a few hectares only (Grand Cru vineyards) : Bhargava’s recommendations can be used.

It is up to each of the local territories to adapt this example of a circular economy in taking into account its local characteristics.

In the present times, use of synthetic chemicals as ready-made fertilisers and insecticides/pesticides has become very common for effective and greater crop-yields. But the farmers, particularly in India, are not adequately educated enough to realize the importance of using these chemicals in right amount. They do not bother to use them in right or prescribed doses as also they have no idea about the consequences of using higher doses. And some of the farmers intentionally use higher doses of these chemicals in greed of bumper crops and absolute-killing of all insects/pests without realizing that unlike humans, the plants (and animals) do not consume/eat more than their need for survival. This, naturally results in large left-overs of these synthetic and non-biodegradable chemicals which get washed out to rivers and lakes only to pollute them and render their waters unfit for human consumption. The lakes receiving such synthetic-chemicals containing wastewaters are bound to undego eutrophication to finally result in their slow-death. This has already happened to a part of the Dal lake (famous as a tourist destination/attration) in SriNagar of the Jammu and Kashmir state (now Union Territory) of India. A part of this significant lake has already been converted into marsh land and reclaimed for building blocs.

In fact, in India, the situation of eutrophication and water pollution became seriously disastering due to the Green-Revolution advocated by MS Swaminathan when farmers were advised to use chemically synthetic fertilizers. The illiterate farmers started too much of such chemicals in greed of bumper sized products and greater crop-yield resulting in severe eutrophication of Indian lakes. After the Dal lake, now the Naini-Lake at Nainital has started getting into serious problems of eutrophication.

De facto, almost all Indian lakes are now seriously undergoing eutrophication due to this Green-Revolution (advocated by Swaminathan) proving a bane than the expected boon.

Better option is to locally prepare manure at the farm-sites. The Sludge (treated or untreated) obtained during secondary treatment of domestic wastewaters (sewage) mixed with or without night-soil collected from villages can be buried underground to convert into manure is a much better option for the farmers to obtain a more user-friendly natural manure. The farmers will gladly contribute towards the transportation costs of the night soil toxtheir farms and the village will have a safe and economic disposal of the night soil.

In this way, the municipal corporations/authorities will not only get rid off the problem of disposal of a part of the treated sewage (effluents) and sludges but also generate funds by selling the treated sludges and effluents to the farmers. Such funds will not only cover the costs of transporting/conveying the treated sludges and effluents to the farm-sites but also supplement a part-cost of the sewage treatment. The farmers will only be too glad to pay such costs as also they will save pumping costs to bring irrigating waters from far off places or through pumping of ground waters to the farms. This way, the groundwater too will not be depleted. And as a bonus, the rivers/lakes will receive lesser amounts of water-polluting sewage-effluents.

By Erwan Latrouite . Born in 1898 in Broadway, George Gershwin, whose birth name was Jacob Gershowitz, was one of

Has Indian Justice Always Been Impartial?