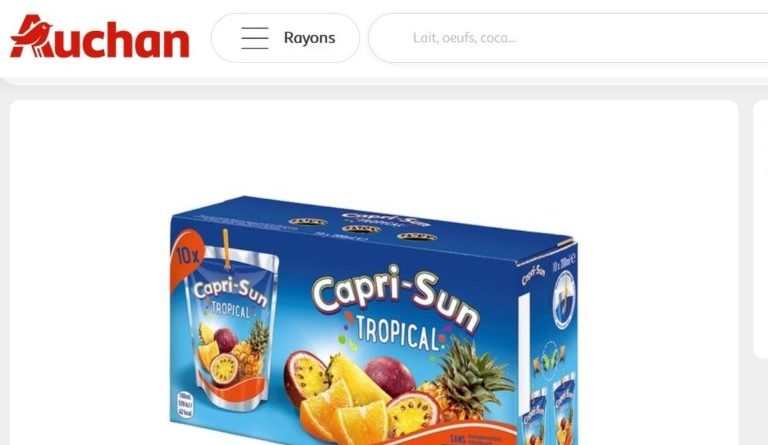 Daddy daddy! Look at the fruit juices we’ve found! are exclaiming my children bringing me a very nicely decorated pack of drinks. A little suspicious, I am looking at the package and noting, pleasantly surprised, that the producer indicates the absence of any sweetener. In order to be sure, I am reading the composition and then bad surprise: the second element is found to be sugar, the latter being the most widely used sweetener [1]1. Sweetener: something that sweetens, as sugar or a low-calorie synthetic product used instead of sugar. Source: dictionnary.com, read on July 20th 2019, [available at: https:https://www.dictionary.com/browse/sweetener?s=t_%dulcorant/27869 (the scientific term of table sugar, also called “natural” is sucrose) [3]Sucrose, d-glucose, and d-fructose are, of course, natural sweeteners. Source: BEMILLER James N, Carbohydrate Chemistry for Food Scientists (Third Edition), 2019 – Ingredients whose sweetening power is close to 1 are called natural. When the sweetening power of a Ingredient is much superior to that of sugar, we speak of intense sweeteners. Source: FOOD AGRO FOOD INNOVATION RESEARCH, The Sweetening Power, accessed June 7, 2019 [available at]: http://www.agir-crt.com/ blog / power-sweetening /. The kids are showing me where they have taken these drinks: in the Children’s food department of course!

As of May 27, 2019, I informing the Auchan supermarket director and the group management that their Capri-Sun tropical drink poster in large letters that their product does not contain any sweetener (and therefore no natural sweetener as sucarose) while sugar is the second component of this drink. The director is warning his hierarchy. On June 21, he is informing me about his bosses’ response: A sweetener is a product or substance that gives a sweet flavor without adding calories. Problem: this statement is scientifically false.

At the beginning of July, this same product is still on sale, with the same contradiction. I am recontacting the director several times: he can only relay to me and deplore the absence of any other answers from the Auchan group, making me understanding that this company has other priorities.

The Auchan Group could have demanded to the owner of the Capri-Sun brand, the group of Mr Hans Peter Wild, a former chemist according to Forbes magazine [2]FORBES, Hans Peter WILD, read on July 18th 2019 [available on]: https://www.forbes.com/profile/hans-peter-wild/#1d1b00777fc0, as well as to the distributor in France, Coca-Cola European Parters, that they display scientifically accurate information. But it is true that if these giants of agro-food circuits had added: without artificial sweetener, it would have been accurate but perhaps a little less promoting. Indeed, the consumer may be likely to keep in mind the word artificial (even if the latter is precisely absent). A bit as if I am telling you that there is no pink elephant in the store: the first thing you will remember is the pink elephant expression.

As a reminder, a scientific study has shown that sugar addiction is equal to that of heroin [4]3. Study by Dr. David Ludwig of the Boston Children’s Hospital in the American Journal of Clinical Nutrition.. Also, the problem of childhood obesity is worldwide.