Composed between 1929 and 1931 by Maurice Ravel (1875-1937), the Concerto in G is a pianistic and orchestral masterpiece written in “the spirit of Mozart and Saint-Saëns”, in the words of the composer, with references to jazz (meeting with Gershwin) and to Spain by certain harmonic colors elsewhere. 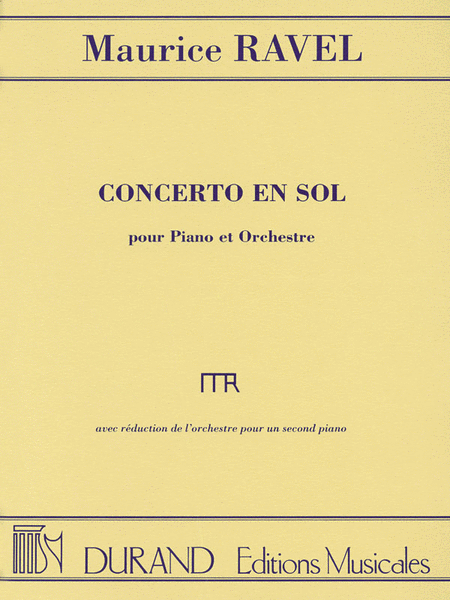 As the Concerto was an outdated genre since that for piano by Saint Saëns (1896), Ravel was the first French composer to bring it up to date. The idea of ​​writing one came to him after several projects: a Basque rhapsody in 1913 then a fantasy for piano and orchestra during his American tour in 1928. But he gave up on each attempt.

It was finally an order from conductor Serge Koussevitzky to celebrate the 50th anniversary of the Boston Symphony Orchestra that Ravel undertook the creation of this Concerto at the same time as that for the Left Hand.

First called “Entertainment”, the choice to call it Concerto was chosen because of the character of the work. The form is “classic” in three movements: Allegramente, Adagio Assai and Presto with “light and brilliant” music not intended to create “dramatic effects”.

The first movement is a classical allegro with great themes such as the introduction with this arpeggio accompaniment (like a harp) in double tone (G Major on F # Major) of the piano on a picollo theme with then these glissandos on the piano to re-expose the main theme on the trumpet. We also note this cadence on the harp in the middle of the movement as well as that of the piano at the end in arpeggio with the left hand and trill with the right hand for the melody. 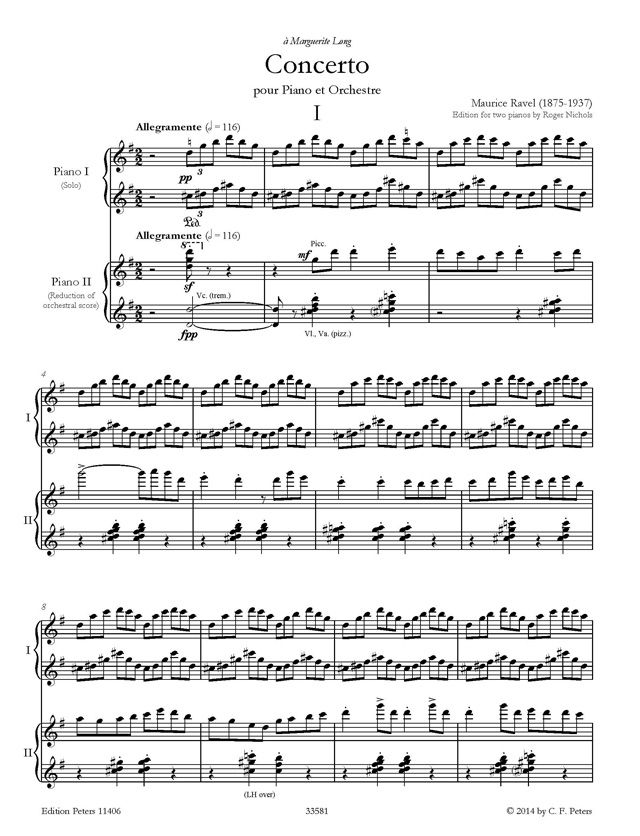 The second movement was written in E Major / Minor with the help of the Larghetto of the Quintet with Mozart Clarinet “two measures by two measures” which develops a long simple musical phrase to end in duet with an English horn. This movement will have required a work of Titan from the composer: “Which flows, he shouted, but I made it measure by measure and I almost died because of it”. 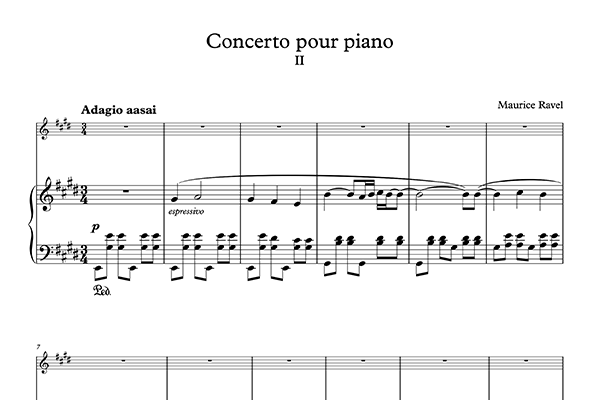 The third movement is a rondeau, with an explosive entry with these four chords: G, G, E, G. The introduction of the piano, in torrent of alternating sixteenth notes left hand right hand, is embellished with a clarinet solo in E flat then by a piccolo solo to continue in an unbroken folklore, before concluding the final with the first four chords. 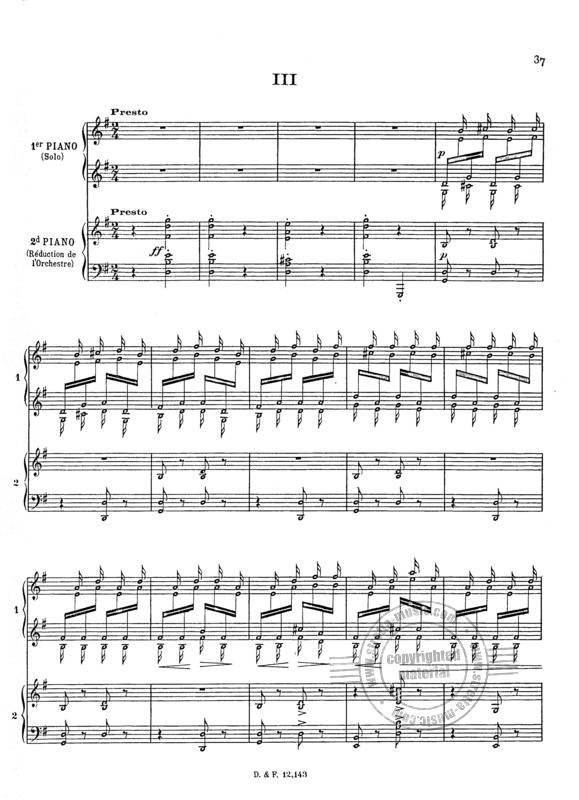 Being recognized as one of the greatest orchestrators, timbre is an important characteristic of Ravelian music. In this work, one notices new uses of instruments such as the glissandis of trombones as well as bassoon solos which go a hundred an hour, the use of claps of “whip” but also the intervention of the trill triangle.

Unable to perform his concerto by himself for lack of technical means and despite a practice of the studies of Lizst and Chopin, the Concerto was dedicated to the pianist Marguerite Long who premiered at the Salle Pleyel in January 1932 under the direction of Ravel . 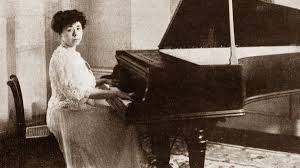 An interpretation of this concerto by the legendary pianist Arturo Benedetti Michelangeli.