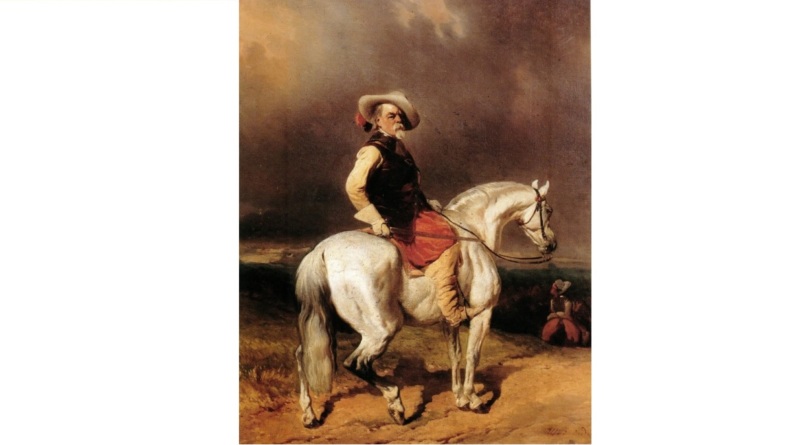 Created in 1789, at the time of the French Revolution, for replacing the system of the Ancient regime – Lords, Fiefs (estates), Counts (Earls) and other Dukes – the départements[1]The départements in France are relatively comparable to the counties in United Kingdom. were delimited by the fastest mode of locomotion of those times – the horse.

Indeed, any traveller must have been able to, at least in theory, go from their domicile to the prefecture then return from there, within a day on horseback. It was in the 18th century. Since then, a number of technological advances had appeared such as the train and the automobile (soon to be autonomous and to run on electric energy or even on hydrogen). The transport capacity, particularly in terms of speed, has therefore improved greatly. We can travel an entire French region today, therefore several departements, in less than 3 hours, provided we travel in public transport (on a condition that there’s no strike) or so by car but in off-peak hours or even so during a curfew (provided there’s a pass). In short, things have changed. But, the way of territorial demarcation hasn’t. However, the latter costs a lot of money.

The departements, with their councils, their hierarchies and all the expenses associated with them had cost the taxpayers 74 million euros in 2016 of which more than 17% was spent on personnel costs and 52% on social assistance, all in a country which hasn’t seen a positive budget since 1981, the year when Francois Mitterand came to power, including during the periods of strong economic and financial growth such as between 2011 and 2019. Currently, the French public structures are indebted to more than twice their annual incomes. Some will rightly argue that local authorities, unlike the State, are obliged to have a balanced budget and therefore that the State’s deficit does not concern them. False: the more the State is in debt, the more it seeks to transfer functions – and therefore charges – to local structures. It is then up to them to make savings.

The other problem stems from the fact that when the regions were created, the departmental and regional levels each had received their own competences, such as the collèges (French junior high schools) for the départements and the lycées (French high schools) for the regions. Instead of transferring civil servants from one concerned level to another, the authorities opted, in certain cases, for duplication and therefore creation of additional public posts. We therefore kept the old positions that had become useless – we did not want to take the risk of generating a strike in the public service – and we created new ones with regard to new regional competencies.

But then some will say: what about local democracy? First answer: democracy means the Power of the People. Children are part of this people and it is not because they do not have the right to vote that an abysmal debt which weighs upon their shoulders and their future, should be imposed over them. Second answer: local democracy is not necessarily correlated with a complex and tangled territorial millefeuille a bit like, , after all, that of before 1789 and which benefits, in any case in certain departments, a small elite who uses a rent situation that they perpetuate, particularly by using the technique of clientelism and by controlling, through financial and / or political channels, some local media.

The regional dimension, more adapted to our time, can quite be inserted at the departmental and municipal level via annexes of the Region, while avoiding to have to finance a Regional Council for each départmental territory. Yes, but look what we do, we, elected départmental officials! could say some people. Maybe, but the regions could do the same. Better still: with economies of scale, they could even obtain more competitive prices. Indeed, what would prevent regions to take care of collèges[2]French junior high school), in addition to lycées((French high schools? Are the two activities not complementary?

An example of duplication: the COVID crisis in the Yvelines and the Ile-de-France region. The two entities claimed to take care of the issue: we thus, had two authorities trying to manage the pandemic therefore numerous officials in charge of the matter. Yet in view of the results, one may wonder if the money was well spent and if the efforts of public officials were well used. Same question arises for social housing, soft mobility, protection of built heritage or green spaces or even international relations since if the regions manage European funds, at least one department in France does not hesitate to develop cooperation with Africa.

Thus, it was not perhaps so cavalier[3]Cavalier, in French, also means a horseman to recall these facts and to pose some questions on the need to maintain the departmental division and its operational budget.