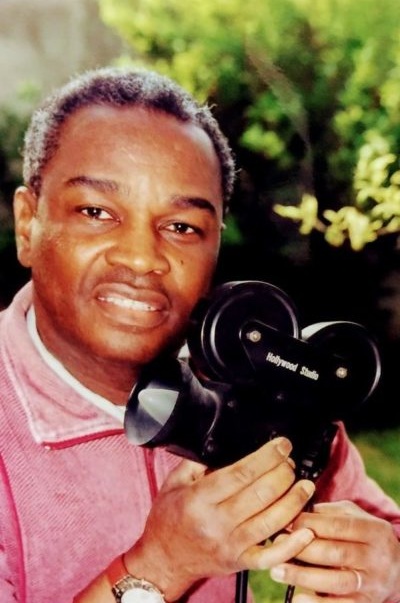 African nations share common goals with India, whether political, economic, social and cultural, and this goes far back to the early days, when Mahatma Gandhi, came to South Africa, to defend a group of muslim businessmen, against the white apartheid regime, in that country.

As such, it can be said without any doubt, that Africa was the first testing ground of what would later become the non-violence (“ahinsa”) movement, as developed later on by Gandhi when he returned to India, and which ultimately led his country gained its indépendence from Britain.

Ever since, India has stood by Africa, at a time when many of the african nations were struggling to obtain their freedom from colonial rules, right from Kwameh Nkrumah for Ghana, to Nelson Mandela for South Africa. Many other african and even black american leaders have also learnt quite a lot from India’s past experience in this domain.

Soon after its independence, India as one of the founding members of the Non-Aligned Movement with Nehru, the first Prime Minister of India, the egyptian Nasser, the yugoslavian Tito, and the indonesian Soekarno joined their efforts and voiced their dissent of the political status-quo at many international instances, that later on opened the ways for the independence of many nations, especially in Africa.

Today, what we are witnessing on the economic front, is just like a return of that political past, when Gandhi led the non-cooperation movement in India. The vast majority of indians boycotted all foreign goods sold in their country. The consequence and adverse effect it had on the british economy was without precedent. But today this boycott has another name, and it’s called dumping. It seems to have been amplified to a much larger extent, that western countries seem to be short of solution. Presently, China, India and Africa seem to be holding the keys and solutions. If the western powers are still keen for a peaceful and long lasting solution to this problem, they will have to negotiate in good faith with the above nations whereby the national interests of all countries concerned will be preserved.

There was also a time when demography was considered a hindrance, if not a drawback, for the economic development of a nation, to the point where many third world countries were forced to enact anti-demographic policies, with the aim of controlling and reducing drastically the growth of their population. That had such an opposite effect on the overall economic, social and cultural development in those countries that ultimately they were relegated far below their previous position on the scale of development. Nowadays, countries like China and India, with almost half of the world population are the leading countries in almost every field and sector of economic development. What this shows is that large population is not a hindrance, rather it can even be an asset and a true factor of economic growth and development, providing the right policies are applied, and a good governance is maintained.

The chinese and indian industries are among some of the most advanced in the world, with a cost and quality that are extremely difficult to match by any other country in the world.

Most goods uses in the world today are manufactured either in China or in India, or somewhere else in Asia. The low cost of labor and high degree of quality and sophistication have given these countries such an edge that no other country can compete with them.

As for India, software technology is another sector where this country has made a real breakthrough and hold a leading position in this domain.

But the two most important milestones, in this new world economic revolution, are this partnership called the BRICS, (Brazil, Russia, India, China and South Africa) on one hand, and the DIASPORA FUNDS, on the other. This group of five countries is set to revolutionize the world financial and economic trends. Many more new countries have expressed their desire and willingness to join in. If this trend continues it will be a formidable machine for economic growth for the partnering countries.

With two mighty financial institutions in China funded with billions of dollars, it can be estimated that the Brics in a not too distant future might overtake or even replace the traditional world bank and other international financial institutions. This will lay the foundation for a new east and west economic relationship, whereby third world countries will weigh more heavily in the decisions affecting the affairs of their own and immediate concerns.

For years many third world countries were heavily dependent on these world traditional banks, some even were advised to resort to Marshall Plan as a way for economic development. But none of these economic plans worked. That’s when they realised that the diaspora funding that has helped countries like Israel, Japan, South Korea was the ultimate solution for their economic independence.

For the BRICS nations, this can be real economic development opportunity and at the same time a lever for political independence too.

Africa will be in a a few years the next world largest continent.

Presently the african diaspora scattered in the four corners of the world remit every single year the amount of six hundred billions (US$ 600 000 000 000/-) dollars to the continent by way of money transfer.

This yearly remittance has the potential to mitigate all that has refrained the economic development of the african nations. Many countries such as Israel, Japan, South Korea, and now India, China, and even Morocco, Nigeria have availed of this extraordinary opportunity from their diaspora funds, and reached a level of economic development quite close to that of the western and developed countries. This method by giving ample proofs of its validity in financing infrastructures in these countries, is an experience Africa can also avail of and rely on, rather than depend on the traditional international sources of financing.

And so, this continent with all its natural and mineral resources, but also with all this financial wealth at its disposal can look forward to a bright and prosperous future, in liaison with nations that share the same goals, and concerns for the welfare of the mankind…