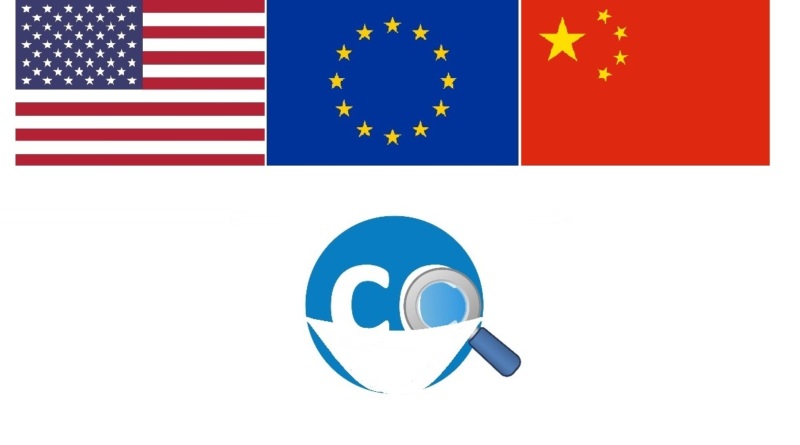 For almost a week, the suspense of the election of the new President of the United States caused “buzz” around the world, helping to further strengthen the media power of this country. Few people, I think, today ignore the names of Trump or Biden. But who knows that of Ursula von der Leyen, president of the European Commission, that is to say of the executive of the European Union? Elected by indirect suffrage via the European Parliament, Leyen is responsible for implementing the decisions passed by the legislative assembly of the E.U., a territorial union whose GDP in some years exceeds that of the United States of America.

Yet E.U. is often disparaged and undermined. First internally by elected officials whose political vision is more focused on the local dimension, such as Philippe de Villiers, or Boris Johnson, current British Prime Minister and Brexit leader. Conversely, others argue for a more federal Europe. Examples: economists like Paolo Gentiloni, head of the Italian government from 2016 to 2018; or personalities not elected but enjoying world fame such as Christine Lagarde, former minister and current president of the European Central Bank, or even the controversial Jacques Attali, former adviser to François Mitterrand[1]Mr Mitterrand was the French President between 1981 to 1995, or the employers’ unionist Pierre Gattaz, former president of the Mouvement Des Entreprises de France (Medef) and current boss of BusinessEurope (lobby of heads of private European companies).

Internally, the question essentially concerns the identity and the economic dynamics of the territory at the level of a region or a department (the approximate equivalents of a county in the United Kingdom or the United States). Externally, the complaints relate to the lack of representation of the European continent vis-à-vis two giants: Asia (mediated via China, which in 2010 became the second largest economic power in the world in absolute figures if we calculate the GDP via current prices ) and America (known mainly by the USA, the leading military power and still world economic champion, in absolute figures ​​and by inhabitants). However, the European Union has its say: from 2006 to 2015 (both included), the EU was the leading economic power in the world, ahead of the USA and China (sources: IMF and World Bank).-

The contrib.city readers will have noticed the number of articles dealing with local issues and the theme of decentralization (highly needed in France, according to CC). But the site also wishes to highlight the continental dimension: today, major military, financial, industrial and demographic decisions are taken on a continental scale. Communication, transport and bank transfer systems operate on a global scale.

From a military point of view, the stranglehold of the Chinese government on Hong Kong, with the very heated question of the laws on the “security”, or that of the progression of its navy in the South China Sea, is not without raising some Questions. What must be ensured: an authoritarian regime or a country made up of several peoples speaking several languages ​​and each having a particular history? How far is the Chinese government prepared to go in order to win back democratic Taiwan? The expansion of existing islands or the creation of artificial islets, by the Chinese navy, in international waters, in particular on the Paracels or Spratly archipelagos, objects of significant territorial tensions between China, Taiwan, Vietnam, the Philippines but also the USA (who want to maintain international maritime access), can destabilize the region. The Middle Empire now has more military ships than the United States of America, even if the latter still have a technological and logistical advance. According to Opex 360 magazine, the Chinese navy has 601 boats and submarines. The China Shipbuilding Industry Corporation [CSIC] and China State Shipbuilding Corporation [CSSC] shipyards produced, in four years, the equivalent of the [French] Navy.

Faced with these geopolitical evolutions, what can the European Union do? For now, one of the founding members of the EU, France, which has the second largest maritime domain in the world, wishes to get rid of New Caledonia, an island located 1500 km from the east coast of Australia, in multiplying independence referendums. Is it for a real political will or rather because of a lack of logistical and financial means? In any case, the Caledonians refused, once again, independence, well aware of the socio-economic consequences that this would imply. Indeed, an island, in order to live, needs to be connected either to a continent or, at least, to another island territory. Unless Australia or New Zealand wish to establish their influence over New Caledonia, the hypothesis of an advance by the USA, or especially a China in need of raw materials, should not be ruled out. Nor a fool’s market where the Caledonians would hope to obtain independence, while keeping financial aid from the French metropolis which is itself indebted to more than 100% of its GDP.

The continental scale is also necessary in health matters. The search for a solution against the current Covid 19 epidemic is an example: the US laboratory Pfizer has just communicated on phase 3 (in progress) of its clinical study, in partnership with the German pharmaceutical company BioNTech, involving more than 43,000 people (most international studies are done on a “sample” of a few thousand volunteers, and not on several tens of thousands). Or, on a smaller scale, virological research (400 employees in all) carried out jointly by the Pasteur Institute and the American Merck which will produce the future vaccine, in the event of scientific success.

Any territorial entity, if it wants to survive, must necessarily have its place within a continental organization. This does not mean that it is giving up its local roots but that it accepts, more or less consciously, to change its local identity. We will take two examples: that of Switzerland (which does not belong to the EU but has signed many agreements with it) and its neighbor, France (one of the founding countries of the European Union) and, more particularly, two of its local communities: Ile-de-France and Vendée.