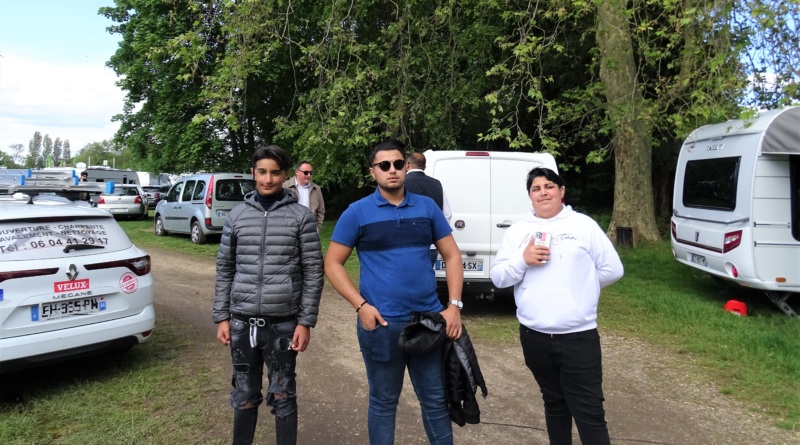 Following the passage from a group of an Evangelical family group and of a local elected official’s message on social media, I reclaim the words of the latter.

I am troubled by all these comments on the departure of this French Christian Pentecostal community who had settled in the Domaine de la Cour Roland of our town. A pastor (David Veils) invited all the local residents to celebrate the Vigil of Pentecost yesterday (Monday, 24 May). But the Gypsy community decided to leave the area under pressure. An opportunity probably lost to meet other families, living differently from us and having a different vision of the territories. These differences gave the possibility of mutual enrichment in a fraternal spirit. They had planned to leave the camp this morning (Tuesday 25th May).

For information about this Gypsy community: Historically, the Pentecostal Gypsy were born from the meeting of a Breton pastor (Clément le Cossec) and some Sinti groups who left the concentration camps after the war.

These family groups had arrived, without authorisation, at the end of the last week and were preparing to celebrate the Pentecostal Festivals, particularly within the framework of the vigils open to everyone. As a reminder, according to the Christian faith, the Pentecost still counts as a public holiday not legally but according to French customs and traditions. It celebrates the coming of the Holy Spirit i.e., theologically speaking the Love between God the father and Jesus Christ, his son. Whether you are a believer or not, it is still, culturally speaking, a day of celebration, joy and fraternity.

The representations between nomadic and sedentary groups include a set of visions both of fear but also of dreams and escape. These two aspects are found in social networks and in cultural works. More precisely, the arrival and the forced departure of Gypsies in Jouy-en-Josas led to numerous negative reactions whereas to my acquaintance very few people, apart from some local authorities, have physically travelled to meet these families on the field. Whether in the poetry with Les saltimbanques (Acrobats) by Apollinaire, or in the songs with Les bergers [1]The shepherds by Jacques Brel, or cinematography with La trace[2]Tracks by Bernard Favre (with Richard Berry), or even in the comic strip with the Castafiore Emeral by Hergé, these moving evocations remind us that, since Prehistory, human beings have been travelling.

The Jouy-en-Josas townhall made available a drinking water distribution system, using the fire-fighting pumps, as well as another one for electricity, allowing the families to take benefit of the basic necessities. But it is a pity that this community has been forced to leave in a hurry.

We have lost the opportunity of meeting people living in a different manner. We could have shared together our experiences and our ways of approaching the territories. We have also forgotten that, we too, are passing through this Earth, such as a vast human herd in transhumance.

(Cover photo: three members of the French gypsy group, at the Cour Roland sports complex, in Jouy-en-Josas. On the left, we see a poster for the services of an entrepreneur, as do several families. Others work in the markets. BdF, Sunday May 23rd, 2021.)