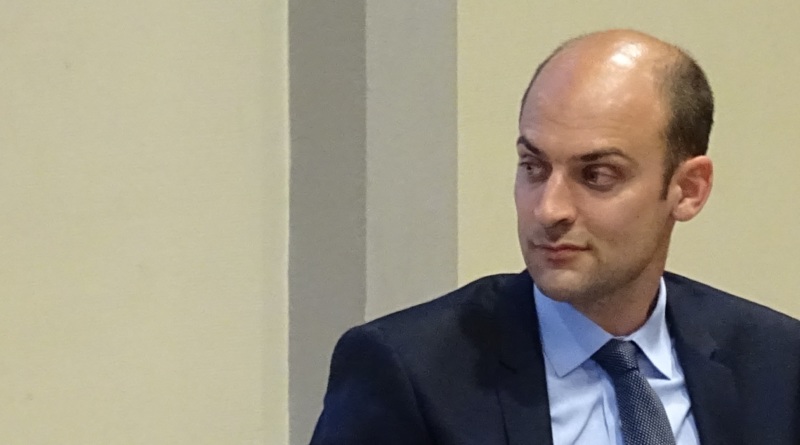 Upon perusing an article of 78Actu French daily, about the list of Jean-Noël Barrot (MoDem) and of Aurore Bergé (LREM), for the next regional elections, Contrib’City wondered if the Deputy, since the departure, was in good company. This brilliant economist, graduated from HEC Paris and the MIT, then became a civil servant and a professor at the prestigious business school. He then found himself propelled by the LREM movement (La Republique en Marche!) of the President of the Republic, Emmanuel Macron, to reach the post of deputy and vice-president of the Finance Committee of the National Assembly as a part of the centrist group, MODEM led by François Bayrou. All the evidence thus suggests that this Yvelines’ deputy, an outstanding intellectual, is in good company and has at his disposal some powerful aides. Behind this backdrop, however, let’s take a closer look at the reality of things.

First of all, Macron’s image of moderation to which the MODEM is linked, had suffered terribly during the Yellow Vests movement (Gilets Jaunes et Soignants) in different French metropolises and particularly on the Champs-Elysées in Paris in 2018 and 2019. If certain groups had acted violently – some scenes which may even be akin to urban guerrila – the majority of people had simply exercised their right to protest. One of the law enforcement measures involved usage/deployment of the defensive ball launchers / rubber ball launchers. Problem – If the police had received adequate training for using this type of weapon (classified as « non-lethal »), the Serious Crime Bureau (BAC) police, significantly less in number, had nevertheless, made extensive use of it. Faced with the influx of protesters, some policemen hadn’ been benefitted from no or only part-training received as for the use of LBD, several dozens of citizens, innocent, found themselves disabled for life : maimed, one-eyed and/or disfigured. Laurent Thines, a neurosurgeon of CHU of Besançon, who had obtained 68,000 signatures against the utilisation of LBDs spoke of the wounds of war. On 30 January 2019, Jacques Pezet, a journalist of the Liberation French Daily, reported about 144 seriously injured protesters. Driss Aït Youssef, a 39 year old lawyer, an expert in risk engineering, underlines the lack of training among the police and advocates the suspension of LBD during the demonstartions, except when the latter turn(s) into urban riot(s).

CC quickly overlooks over the COVID-19 pandemic: between the management of masks and provision of vaccines, the facts speak for themselves and prove a series of serious blunders. With a result that we know : several deaths and a stagnant or greatly retarded economy plagued with all social and medical consequences. Not to mention a public debt which has exploded since a year and a half and which totals twice more than the revenues of the French State, let alone its long-term commitments.

A point to remember : The path of hardhsips, that residents have to face, exposes the personality of these decision-makers, behind their speeches often written by professionals and which rarely reflect the reality. But when the storm rages, the crew needs to have confidence in its captain and in his close lieutenants. Yet, it is necessary that the latter portrays itself worthy of this trust by proving/demonstrating its transparency in particular/ especially by being transparent. Didier Migaud, President of the High Authority for Transparency in Public Life, is pleased with the result of the organisation he runs/leads : If today we notice a very satisfactory rate of compliance with the declarative obligations, around 99%, this result could only be obtained after a sustained stimulus work on the part of HATVP.

Contrib’City however, in its article of 25th February had demonstarted that in Yvelines, only three (vice)-president(s) of departmental council had correctly filled their declarations in the HATVP. It had equally proved that lack or absence of transparency ran even within the highest authorities of the French State, take François Bayrou for example. The leader of the MODEM and political boss of M. Barot, had very simply forgotten to make a minor declaration to the High Authority of Transparency in Public Life, which is a criminal offense. That could lead to an embarassment of the Yvelines’ Deputy, especially when this parliamentarian, a specialist in financial questions, works precisely on issues related to financing of political life.

That’s not all ! At a more local level, in Yvelines, as indicated in the beginning of the article, Jean-Noël Barrot stood as a candidate for regional councillor/advisor with his parliamentarian colleague Aurore Bergé. This charming and young deputy, born on 13 November 1986, graduated from Sciences Po and then by private employment – an unusual occurrence among the politicians – has had a beautiful political career since 2002. After having known several movements of the right, she reaches the National Assembly at only 30 years of age ! Henceforth, apparently this beautiful, young, dynamic and trendy political «couple» is ready to win over the Yveline votes for the regional council of the Ile-de-France. But – crash! – while choosing this electoral partner, M. Barrot, who although knows Contrib’City, forgot to verify if deputy Bergé had correctly completed her HATVP declaration. The site did not forget to check that and what did it find ? Quite simply that Madame Bergé, in her last declaration of 23 December 2019, neither indicated the dates of nor the remunerations of her Deputy post. But, since elected on 21 June 2017, she had two months, according to the law, for declaring her new function/role. According to the information that the Elected handed over to the High Authority, she had benefitted a little more than 28,000 gross euros in 2017 while working for the communication agency Hopscotch. But no information is displayed regarding her compensation since 2018 till date. Nothing. Still very timid before the Transparency lady…she could have asked her former friends at Sciences Po or asked Professor Barrot for help or even so read the articles of your favourite website. In any case this public finances expert happens to be politically linked, once again, to a person who not only did not respect the duties of transparency, but also, as a parliamentarian, should have rather set an example. But, is transparency not essential for democratic participation, that is to say in the exact words of Barrot, the sharing of the exercise of power, of responsibilities, founded over a wider association of citizens in decision making?

Finally, Jean-Noël Barrot presented himself as one who is entirely devoted to his role, particularly towards a comic strip, that appeared in his gazette in beginning of the mandate and was titled as : A week in the life of the Deputy. We see there a parliamentarian occupied during day and night atleast from Monday to Saturday, dividing his time between the field and the Assembly. Thus, now he intends to complete this role on a part-time basis only. At least, following the example of one of the departmental vice-presidents of his constituency, himself actually in electoral campaign and, to whom the deputy had visited last February and March, he may achieve two full time and on the field jobs in a single post! For that even if it means to overflow, like a glass already filled, his time schedule and the original spirit of our democracy : citizens at the service of other citizens and not a politically professional elite occupied by its careers and more and more distant from the people it is supposed to represent. Moreover, in a case where JN Barrot gets re-elected which function is he going to favour – that as the national legislator or that as the member of a local executive body? If ever a conflict of interest arises between a national bill and the choice of an Ile de France project, what to do ? If one day he had to decide on the issue of decentralisation or decide – or not – on helping the growth of one or more provincial metropolises, what would he do? That said, the combination of the two public functions would lead to a nice financial situation : to 7240 gross euros monthly, it will be necessary to add 2722 euros per month (even 2994 euros if the elected official is a member of a permanent commission or 2811 euros while taking into account the ceiling), that is 9962 gross euros (even more than 10000 gross euros). Compared to the median French salary of around 1950 gross euros, all of which in a context of serious public deficit.

We will return, in any case, to the theme of representation with this question in particular: does the Parliament actually represent the entire French public ? In the wake of the economist Michel Godet, Contrib’City will scrutinize in a coming article this problem that does not date to yesterday.