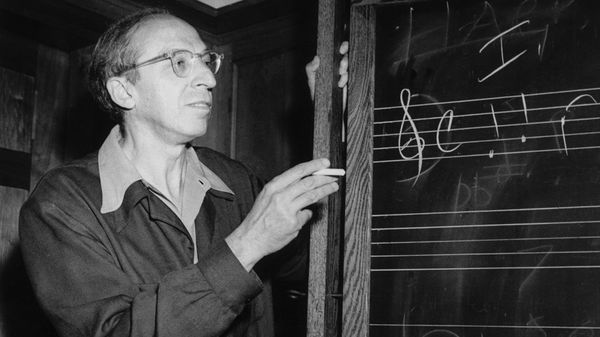 Born in the neighbourhoods of Brooklyn in 1900, Aaron Copland is the fifth and youngest child of a Russian family Jewish by origin. It is one of his sisters, Laurine, who introduced him to the music with the piano practice and the discovery of the ragtime just as that of the opera.

In the age of 17, he then studied the harmony, the counter point as well as the composition for four years with Rubin Goldmark, an early XXth century American composer and professor, a professor of Gershwin too. Despite Copland’s criticism of his teacher who he described as ‘too pedantic and academic’, the teaching of Goldmark enabled him to develop good musical base for his musical career.

In 1921, after having saved sufficient money, he moved to Paris and studied at the American Conservatory of Fontainebleau, he then studied the composition with French composer Nadia Boulanger who gave him confidence in himself and encouraged him to write his own music: One could immediately foresee his talent according to Boulanger and Copland said I understood immediately that I had found my master.

Thanks to his relationship with Boulanger, Copland had the chance to meet famous composers such as Stravinsky and Poulenc and was even published by the editor of Debussy. He returned to the US in 1925 with an optimistic perception and an enthusiastic outlook for future and met Serge Koussevitzky (1874-1951), the musical director of the Boston Symphony Orchestra, who would (eventually) become another mentor of his.

Copland was considered by his contemporaries as The Dean of American Composers. The musical styles used in his works are marked by several periods however, without frankly hearing each defining element rather a synthesis of each. He represents the contemporary American music.

In his younger years, an impressionist and post-romantic tendency emerged with the characteristics of composers such as Claude Debussy (1862-1918) or Scriabin (1871-1915). The Jazz also debuted in Copland’s works, a musical style he discovered in New York. The ‘Groupe des Six’ (The Band of the Six) between 1916 and 1923 with Darius Milhaud and Francis Poulenc among others, had an influence over his aesthetics.

Another period then came from the 1930s representing an austere and rough harmony, very dissonant. Followed by a deliberately accessible style that the composer called vernacular, embellished by materials from Klezmer, from African-Americans and from Latinos. He tried his hand at the twelve-tone style in the 1950s. Aaron Copland died at the age of 90 years in 1990, of Alzheimer’s disease.

His melodies are hardly developed, often they appear in the form of vivid themes, of musical ideas which will be taken up later in more detail. The great works left, come mainly from the years between 1930 and 1940 in his Populist period with a ballet named Appalachian Spring (1944), then another over the American folklore Billy the Kid (1938, a popular Mexican music El salon Mexico (1932-36), his Symphony No. 3 (1944-46), his Fanfare for the Common Manet (1942) and many others.

Now let’s focus on the Clarinet Concerto which is the second and the last concerto (Piano Concerto in 1926) as a genre that Copland would utilise in his musical life.

After the premiere of his Symphony No. 3, the Jazz Clarinettist Benny Goodman commissioned a piece from him about which he said: I did not make any request as to what Copland should write. He had all the liberty, except that I should have the exclusive right to perform the composition for two years. It will be written between 1947 and 1948.

This concerto is composed of two connected movements with a solo clarinet cadence in the middle for a duration of around a quarter of an hour.

The first movement Slowly and Expressively (

= circa 69) of the form A B A (Lied (Music in German)) is passionate with a perfectly romantic theme, one of Copland’s favourite: I believe that this will make everyone cry. The composer explained that the expression of this bitter-sweet lyricism came from his loneliness but also from his homosexuality. The central part, Cadenza (freely), enabled the artist to express himself with virtuosity, thanks to the implementation/positioning of Latino-Americans’ Jazz themes in the premise of the following movement.

The second movement, Rather fast (

=120-126), is of the Rondo form (A / B / A / C / A / D / A / coda) showing a reference to the Swing music with a stimulating syncopated rhythm, that will lead to a coda in C major on a glissando, or smear in the jazzy language echoing Gershwin’s Rhapsody in Blue. Copland notifies that his finale is derived from an unconscious fusion of elements clearly related to the popular music of the North and South-American (for example, a line from a Brazillian tune popular nowadays that I had heard in Rio, has been incorporated in the secondary material). 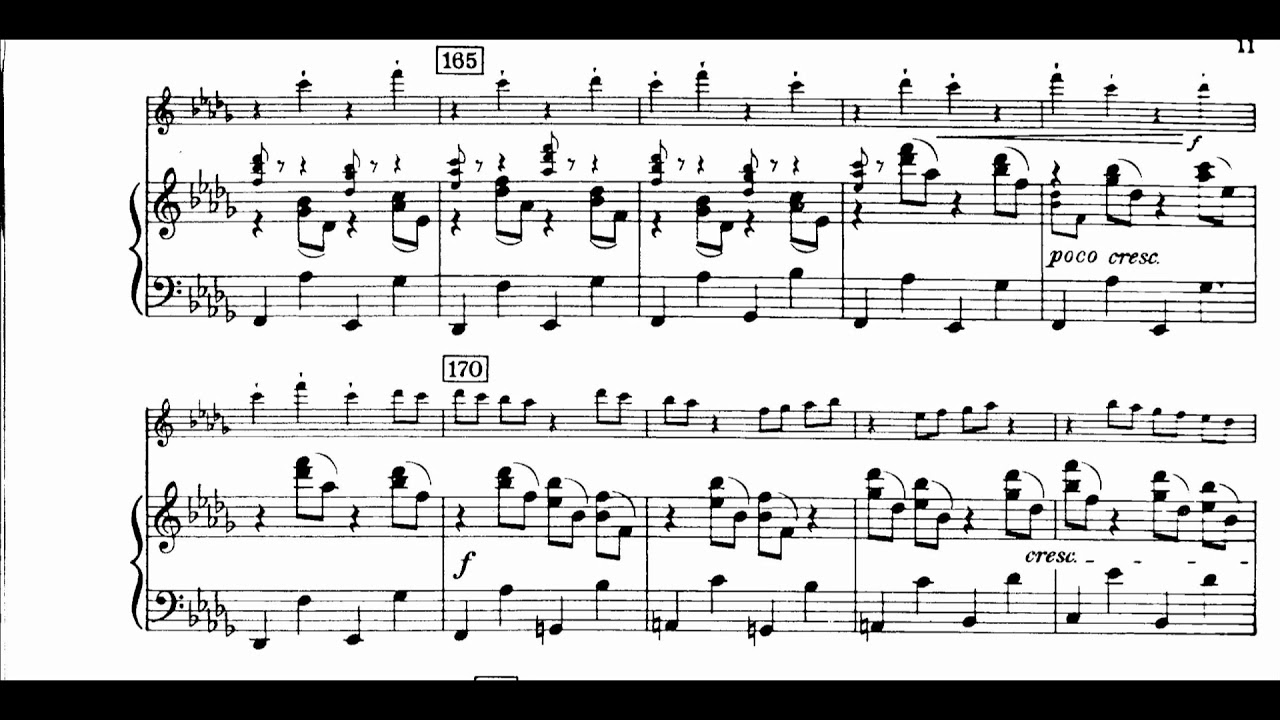 The cadence together with the final section of the piece were written especially for Benny Goodman. He replied to the composer that he was only a simple jazzman with delicate technical challenges to play. A correction will/wouldv be made to the original score/notation to the level of the coda in particular with advice noted in pencil by Goodman with a mention: First Version – later revised – of the Coda of the Concerto for Clarinet (very difficult for Benny Goodman).

A clarinettist, Charles Neidich, played that in 2000 and wrote about the 1948 version: …of this coda, supplemented/finished by an extremely brilliant part of clarinet : cascading arpeggios which (Copland) deemed too difficult to be played on the clarinet / deemed to be too difficult for the clarinet and which in the revised version was entrusted to the piano.

Extract of Rather Fast (second movement) by Charles Neidich for the cadence of 1948 recorded in 2000.

Goodman still not confident of playing it, Copland, however, managed to fix a date with the Philadelphia Orchestra on 28 November 1950. Having learned/informed of it, Goodman hastened to play it on 6 November at a radio concert ahead of the world premier with the NBC symphony orchestra conducted by Reiner.

Two transcripts have been recorded between the clarinettist and under the direction of composer.

Recording performed by Benny Goodman (clarinettist) and the Columbia Symphony Orchestra under the direction of Aaron Copland (1963).