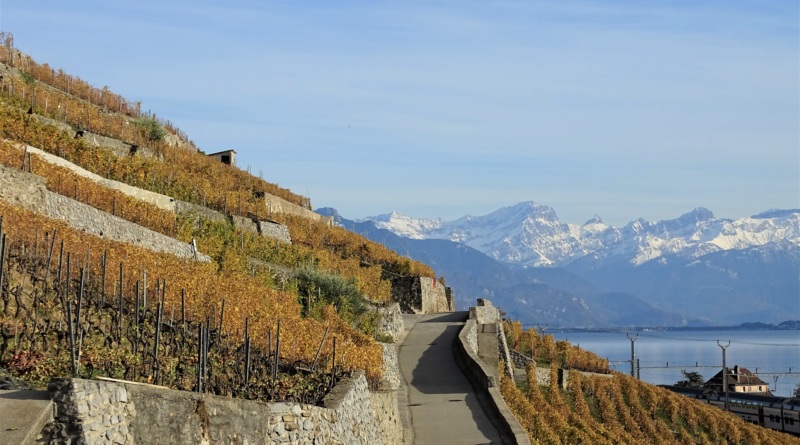 The Indian farmers’ middle men demonstration, which happened in New Delhi in the beginning of December, questions the place of small agricultural entities in society, not only in developing countries but also in richer ones. If the removal of the commercial intermediaries between the agricultural world and the urban services one  will help the fields workers to earn better from their hard task, one of their fears is to become hostage of the big agro-business conglomerates. And their anguish is perfectly understandable, given the process that has been occuring in Western Europe since the end of Word War II.

Even if the Indian government still continues to protect small farmers by artificially maintaining minimum prices for agricultural products, that means asking industry and services workers to pay for their agriculture colleagues. Protection of a country’s food ressources is a vital point in national resilience. This kind of politics has been developed notably in France, Italy, UK, Germany and Belgium, thanks to the $13 billion ($200 billions in 2017 value) US Marshall Plan[1]In 1947, former general Georges Marshall, under US President Truman’s impulson, launched a vast €13 billion economic development program, called Marshall Plan, which happened between 1947 and 1951. The main ideas were to preserve or put back democatic regimes in Europe and fight communism through prosperity. The Marshall Plan also helped the creation of the future European Union: the US, in reference to their own federal union, were thinking the best way for avoiding another war in Europe was to create a kind of States union in the old continent. Some critics say that in any case, Europe would have bounced back and the Plan was mainly a USA’s attemps to influence Europe. Such policy had allowed European agriculture to bounce back and feed their starving populations: tractors appeared in the landscapes after 1947. In 1957, the Common Agricultural Policy (CAP) got created and settled in 1961. Today, CAP is not focusing only in agri-commodities but also in developping rural life.

Altought European Union’s effort on developping local rural life, farmers’ population has steadily decreased in Europe. In France, for example, even if minimum prices have been garanteed by French and European authorities, the number of small farmers have gone lower and lower since rural exodus peaked after WWII. The small farms which succeeded in maitaining themselves did through such a hardship that it would be punishable by law would had those farmers been employees working in a factory or offices. In 2017, farmers were representing only 2.6% of the French working population, down from a third in 1950. In mean figures, today, a farmer can feed 6500 persons (BOURGEOIS Lucien, DESMOTES-MAINARD Magali, “Les cinquantes ans qui ont changé l’agriculture française” (“The Fifty Years which changed French Agriculture”), Economie rurale (Rural Economics), janvier-avril 2000, p 14. Available at: https://www.persee.fr/doc/ecoru_0013-0559_2000_num_255_1_5151).

So even if the the CAP also cares about rural life and environmental issues, at least in theory, it hasn’t stopped a massive exodus towards the big cities and particulary Paris region where 1/5 of the French people are now concentrated. Thus, in India, reasoning through maitaining a minimum price would show a historical and geographical oversight.

India should also focus on local development and environmental issues and not only on agri-commodities prices. Why?

Agricultural products prices are calculated according to global markets such as the Chicago Mercantile Exchange (CME Group), in the global agri-business. When a country or even a continent wants to compete with the world, automatically, it finds itself in a defensive situation regarding those giant financial actors.

In fact, the right social and economic and geographical solution is to look at the small farmers the other way round.

As a child, in the 1970′ and 1980′, I have been living in the countryside, may it be during school time or the hollidays. I saw that small Farmers knew and loved their land, generally speaking. They depended on it to live, to feed their family. They also cultivated a link with their fields and animals. A few years ago, when I visited countryside, West Uttar Pradesh, I had the priviledge to meet and talk with farmers. In fact, they are the first level of rural develoment. For a public accountant, small farmers have two great qualities: they are motivated to take care of their land and they are good at it, providing they are given some incentives to restrain on some phito-sanitary products and fertilizers.

Farmers can also play a role in keeping up forests. In France, for example, private owners have an important play in developping the French woods. Forests occupy nearly one third, a 70% growth since the beginning of the XIXth century, of the France’s Metropolitan territory. Wood and paper industry employ 800.000 workers in a 29 million national working population[2]unemployed people included.

Rather than just looking at small farmers through the agricultural commodities prices, taking a broader spectrum and analysing their very important role in the rural life may bring solutions not only to countryside but also to the (peri)urban zones. In economically allowing private farmers to continue to work in their domain – agriculture and sylviculture[3]From the Latin word Sylva: forest – may it be through specializing into organic or balanced farming[4]By Organic farming, I mean no use of synthetized fertilizer and phytosanitary products. By balanced farming, I mean the use of only small quantities of synthetized agricultural intrants for example, they will help small and middle towns to also develop, notably through the local markets. In doing so, younger generations could go to local universities specialised in either agro-business or regional development and acquire a level of expertise that rural and experimental lands would make possible. Different activities would result of that, from agro-Research, like for example the French National Institute for Agronomic Research or INRA, to agro-business administration. Agroforestry – a mixture of fields and forests in order to get a local scale completary ecosystem (or unit landform, that is to say with a dimension ranging from 100 to 1000m) – as well as rural tourism are already giving results in countryside development in Europe.

Villagers would stop being forced to leave their homeplace and could aggregate their practical knowledge to a high theoritical Research. Such a rural development would stop rural exodus which too often lead to slums or very deprived social-housing districts, crippled with poverty and violence. In preventing people from being obliged to concentrate into mega-cities, in a centralising movement, countryside planning would bring a more balanced territorial system. Rural planning would help to alleviate tensions in megalopolises such as New Delhi (more than 20 million inhabitants) or London or Paris (both have respectivelly a 14 and 12 million souls for a national population of around 66 million).

Let India take advantage of the European experience in rural exodus in order to give a real perspective for the rural world of the sub-continent. Let’s give to the 70% of the Indian population opportunities and means to development their local territories in order to create a balanced and happy future for their children.

Marshall Plan: The US funded rebuild of Europe after World War II

Agnès Buzyn Caught Up By The Time Of Justice

The time of the Justice does not conform to that of the modern & fast-paced lives, marked by immediacy. The

Yvelines (Paris Region) -The Aubert mystery: the enigma of the “Clos Fleuri” Manor