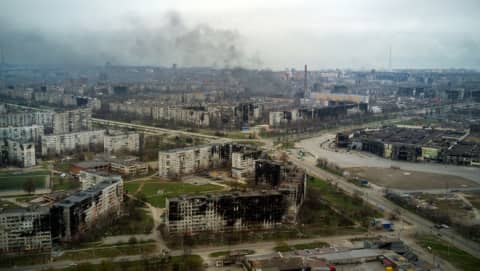 It’s raining bombs on the City of Mary;

The kids, their bodies white and torn apart,

Fixated on the Azov and on the eternity.

In the horizon, the horror and its hussars:

A tornado of a metal shell

Hurl from the distance the flames of hell:

On the grey boats, the iron cannons

The annihilation, the despair.

The East crying: end the abuse of power!

From a distance launch a giant missile

That stifles at first, terrifies, then,

Erases a district and the family of dozens.

The hope of the Ukrainians strewn:

Death rains again in the Mariupol.

In some lurid wintry suburbia,

Leave for ever deep and sinistrous scars

The memories of Yalta, the mockery,

Its promises of peace without firing,

The betrayal of the Budapest:

In face of howitzers, tanks and machine guns.

The people face cholera or plague:

From the other side of beautiful Europe

We watch in unison, passive satire,

The TV well-programmed show of horror

And the atrocities of a vast army.

The blood of too many young martyrs

Splashing on our shady screens.

Our linen is clean, our face sober,

Except our grand consciences aren’t.

A David in face of the cyclopean

A city crucified in front of the Slavic.

Death still rains in the Mariupol.

Where Atlantic ends its wave,

And their venerable President,

Thanks to their democratic power,

Helps us then sends their big trident

For a pragmatic solution:

Yet death rains in Mariupol

I wait, I hope another tomorrow,

When the peace rules in humanity

The dolphins will carry the adolescent

The women will give their gentle hand

The sun will dance, incandescent,

The poets will write: freedom!