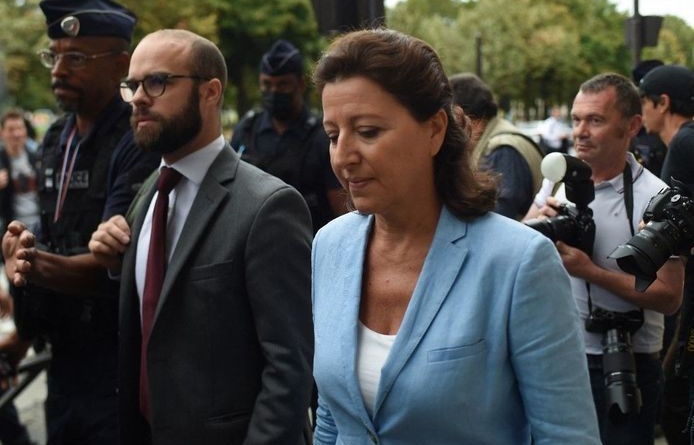 The time of the Justice does not conform to that of the modern & fast-paced lives, marked by immediacy. The time of investigation, of discovery, of verification is in no way the time of our daily lives.

If sometimes the French legal system can show that it derails, it nonetheless is a human justice system. Behind it hide women and men who in their diversity, take decisions hated or adulated. Those decisions sometimes prove that Jean de La Fontaine French fabulist is right. But it is so because of the lack of divine power to judge everyone. All the better!

The temporality of Justice is certainly what Agnès Buzyn experienced on Friday, 10 September. Comfortably installed as an international World Health Organisation (WHO) civil servant since January 2021, Buzyn undoubtedly was reassured about her fate after disappearing from the screens all this time. But that was not the case. She must have recalled her fresh COVID-19 crisis management when she received a summons to a hearing on Friday 10 September at 9 a.m. in the premises of the Court of Justice of the Republic (CJR).

Indeed, if the status of international WHO civil servant offers many privileges, it in no way offers that of judicial immunity.

But that however is what she believed, inhabited by impunity that characterizes politicians so well today. Indeed, Mrs. Buzyn stood the investigators up in July 2021: she had simply not gone to the first summons of the judges at the CJR. The latter had therefore produced a notice of non-appearance, before giving her another appointment, this Friday, September 10.

Adding to that, the raids carried out in October 2020 by the police forces in the public institutions’ premises and in the apartments of the ministers, had then enabled the police to get hold of the information testifying to poor COVID-19 crisis management by the French state through its government.

It moreover is on these grounds that the magistrates were forced to add an impleaded in the procedure. Agnès Buzyn was initially targeted for abstaining from fighting a disaster. The former today added a point of endangering the life of others.

As a reminder, as if needed, Madame Buzyn is part of the team that very randomly managed the first part of the Covid-19 crisis. Lack of equipment, of safeguards for the caregivers (frontline workers – hospital staff, doctors and nurse etc.) and for the population, permanent mistakes about the need to wear masks.

The doctor and center-left senator Bernard Jomier, while defending Agnès Buzyn, discreetly blames the Head of the State and the Prime Minister on France Info: Is he aware of it?

Bernard Jomier: For our part we noticed that, after some important work, a long hearing, examination of numerous documents, Agnès Buzyn had a precocious intuition. She very quickly understood at the end of 2019, at the beginning of 2020, that something bad was going on with this virus. She alerted the Prime Minister and the Head of State early in January and there is a time gap between these early alerts and the start of the functioning of the state apparatus.

Delay between the early warnings and the start of the state functioning? If what this senator is saying is true, the summons should not stop at Agnès Buzyn.

Meanwhile, Jean Castex reacted to Agnès Buzyn’s summons: he pretended to not being able to comment on an ongoing legal process. However, he had not hesitated to support his indicted colleague Dupond-Moretti. Is this a sign of weakness on a procedure that seems fishy for the government? Is this a sign of agitation from the Prime Minister who could also find himself summoned to the CJR? It must be noted that Agnès Buzyn does not hold her tongue: a voluntary process or not – we do not know – she gave up the habit of setting the cat among the pigeons. We can understand the fear today, when the whole government dreams of taking a new term for another five years and continuing to enjoy the great French political life.

It was therefore after nine hours of hearing that the news broke: Agnès Buzyn is placed under the status of assisted witness for voluntary abstention from fighting a disaster and indicted for endangering the lives of others, which moreover is much more serious.

Earlier, Thursday, 9 September, Mr. Yassine Bouzrou, lawyer for several victims, was confident. He explained that the indictment of Agnès Buzyn was necessary, given the grounds that made up the file of the former minister. He was right.

What to think of the risk of judicialization of politics?

It is Sacha Houlié, the deputy of the majority who embarked on France Info public radio in a rather risky improvisation by mentioning the subject: When one is a political representative and one commits mistakes in the course of his duties, the voters are the first judges.

Let us say to the deputy Houlié, that the justice of the electors has already started to do its work, given the catastrophic scores of LREM[1]La République en marche is the political party created by Emmanuel Macron and through which he won last presidential elections. LREM has the majority in the French Parlement. in all the elections since the legislative elections of 2017. However, for endangering the life of others, a simple ballot in the ballot box is not sufficient. It is the judge who must take the lead and this is quite normal in a country governed by law. In this regard, it should be noted that deputy Houlié made no complaint of criminalization of political life when the public prosecutor’s office of Poitiers opened an inquiry into the individuals who burned down her office last month.

Then it is Anne Genetet, LREM deputy who came to formulate her complaints on LCI, saying that we should not be surprised if no one wants to enter politics or become a minister anymore. Heard, we won’t be surprised.

If we are talking about judicialization, it is because every week, court cases are happening, may it at the national or local level. And if they are coming continuously every week, it is because the people who occupy positions of power are incompetent, corrupt or ill-intentioned.

Houlié should rather rejoice, it is by working against the powerful that the Justice allows to slightly restore the deplorable image held by the privilege holders in this country. Let us not forget that Balkany was released from prison in February 2020 for a condition incompatible with detention (health related issues). However, his condition was not incompatible with dancing a few months later, for the music festival.

The judicialization of political life is not only a consequence of the depravity of those who govern us, but also, at the same time, the last means left to restore the citizen’s desire to believe in what we earlier used to call Politics: that is to say, at the base, a noble dedication.

Let’s recall that the collective action with lawyer Léguevaques, demanding the file documents to ensure transparency on the crisis management, resulted in a dismissal of the judge, justifying it by the fact that we don’t have to know. Is confidence restored through such processes?

The Collective Trial Against Death

If the magistrates decided on an indictment, it is because they believe that sufficiently serious facts are still concealed by Mrs. Buzyn. The indictment, which is not a conviction but a judicial procedure, will lead to a closer investigation around the former minister. If the latter collaborates, we could then have revelations about former Prime Minister Edouard Philippe and current Health Minister Olivier Véran.