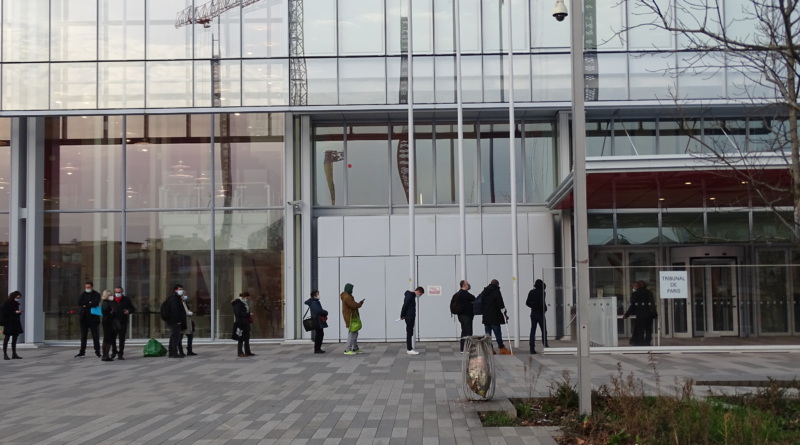 Wednesday March 3, at the Paris Court, took place the first episode of a class action lawsuit of more than 600 plaintiffs against several public and private structures, in the context of the Covid 19 epidemic and more particularly the management of masks and the administration of psychotropic drugs. This was a probationary summary to determine whether the complaint, orchestrated by Lawyer Lèguevaques, was admissible. On the one hand, the common suffering in the face of the death of parents or relatives, mainly in retirement homes, now called EPHAD, or in health establishments. On the other, the defendants who, while acknowledging this pain, plead a lack of connection between the various plaintiffs. Defense lawyers also raise the argument that the charges lack a common legal basis: too many diverse complaints that invalidate the use of collective action.

From this trial, a clear impression emerges: that of David against Goliath. On the one hand, the people, mainly natural persons (but also four associations) with limited financial capacities. On the other hand, next to the City of Paris, public behemoths such as the Directorate General for Health, the Regional Health Agency of Ile-de-France, the High Authority for Health, the National Agency for public health and finally the Customs, having unlimited budgets since dependent on the State, directly or indirectly, and that the latter can get into debt, for the moment, without worries of repayment. These public structures have been joined by the giants of the private sector – the Rothschild Foundation, Axa Insurance, Carrefour and Leclerc distributors, not to mention several other structures: LNA Santé nevertheless has a staff of 6,500 employees and carrying out a turnover of almost half a billion euros, as well as the EHPAD La Seigneurerie and Camille St Sens (SOS Group).

On the one hand, only one lawyer, Mr Christophe Lèguevaques, doctor of law, who tries to push the walls of jurisprudence, according to his own words during the hearing. On the other, one lawyer per defendant, that is to say about fifteen in all. The public prosecutor, the person responsible for representing the public interest, pleads for the inadmissibility of the plaintiffs’ request: he therefore places himself on the side of the defendants. Lawyer Lèguevaques is therefore alone against all.

One question remains: should the complainants not rather have raised this debate in the legislative sphere? Dr Lèguevaques, during the hearing, spoke of his desire for creativity in legal matters. And creativity, this doctor is not lacking since he created a platform of equitable collective actions: www.mysmartcab.fr. However, according to this same specialist, French law has waited more than 30 years to finally accept “class actions” and the French legislative framework does not really encourage this type of procedure. The arrival of “class actions” from the 2014 Hamon law is in fact a sham. Class action [is] possible [only] “When several persons placed in a similar situation suffer damage caused by the same person, having as a common cause a breach of the same nature of his legal or contractual obligations” (article 62 of the law of November 16, 2016).

The next hearing will take place on June 9, 2021 during which the judge is expected to give his decision on whether the collective request of the 624 applicants is admissible. However, whatever the magistrate’s response, with an inevitable passage for each of us, faced we are with the programmed biological aging of the cells of our body, doesn’t this trial send us back to the way we look at our elders and to the spiritual question of life and of each of our lives?

(Cover photo: the forecourt of the Paris Tribunal, in the Batignoles district, undergoing full redevelopment. On March 3, 2021, BdF).