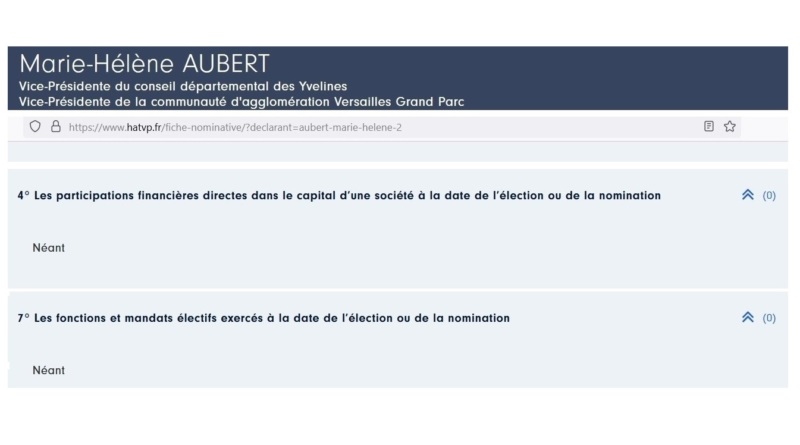 A high-commissioner and a minister were convicted, within a week, for making wrong declarations to the High Authority for Transparency in Public Life. The High-Commissioner to Pensions, Jean-Paul Delevoye, had made an appearance on prior recognition of guilt and, had got four months of suspended imprisonment and € 15,000 as fine for not having declared several mandates (Le Figaro and the AFP, 2 December 2021). The minister with special responsibility for SMEs (Small and Medium-sized Enterprises), Alain Griset, had, on the other hand, appealed against the sentence: The Court convicted the latter to six months of imprisonment and an ineligibility penalty (that refrains from getting elected) for three years, both the punishments against the minister being accompanied with suspension. The Tribunal had reproached this member of the Macron government for concealing a substantial part of his wealth (BFM TV, 8 December 2021).

In both the cases, the two public personalities said it was a mistake or a blunder or else argued to being a victim of bad advice.

The two decisions mark a veritable progress and a turning point in the domain of transparency among elected representatives and senior civil servants.

Nevertheless, a huge task remains to be done: if we notice an improvement in the work of the High Authority, several questions remain pending. Indeed, why does the institution seem to be focussing solely on national bodies? The law of the 11th October 2013 however, well specifies that the elected officials of regions and departments must also make declarations of their interests and of their wealth. Even the mayors, of cities with a population more than 20,000 inhabitants, are subject to this obligation.

However, once we have read the law and look at the field/ground, the factual reality appears quite different. During 5 years, a local elected representative, Marie-Helene Aubert, had been declaring her monthly income as €484, that is to say her remuneration only as deputy mayor. Although, from 2011, she occupied a post of departmental advisor then of the Vice-President of Yvelines department in 2015.

Finally, in 2020, MH Aubert had become the mayor of a small city of Jouy-en-Josas and vice-president of Agglomeration Community of Versailles-Grand Parc. The total of remunerations linked to all these positions cumulated to net € 6400 per month. After the publication of several articles by Contrib’City, the city councillor had modified her statements but the latter remain under-evaluated.

The elected official had further largely under-estimated her real estate property in her declaration to the High Authority.

Moreover, the initial declaration of representative Aubert, dated 23 May 2015, had disappeared from her HATVP account. CC does not know the reason for withdrawal of this statement. A hypothesis: Was it withdrawn because it was largely incomplete? Since then, MH Aubert has not filed no less than 5 different declarations. The first four [1] are all false. In this matter, the fourth indicates, a surprising thing, that Marie-Helene Aubert does not anymore have any public remuneration (however, she did go out on an official voyage in East Africa in the context of foreign of the Departmental Council of Yvelines).

We hope that the fifth version (The HATVP indicated: Declaration filed – Publication to come) will be closer to the reality.

The fact remains that despite different articles from your informational site, despite the fact that several authorities had been warned by the inhabitants of Jouy-en-Josas, outraged by this lack of transparency, and finally despite a defamation lawsuit in which the false statements were confessed by the same elected representative (she had declared to have made an error), nothing has changed.

If still the case of Marie Helene Aubert was isolated in the Yvelines or even in France, the perspective would be different. But as CC had demonstrated in its articles of 25 February 2020 and of 17 March 2021, the list is long! A point to remember, the local authorities spend 200 billion euros each year: this nevertheless, deserves a little more transparency from the part of certain local elected representatives, notably in the face of oversized properties [2] or the public utility of which – sometimes in the absence of exorbitant costs – poses question. 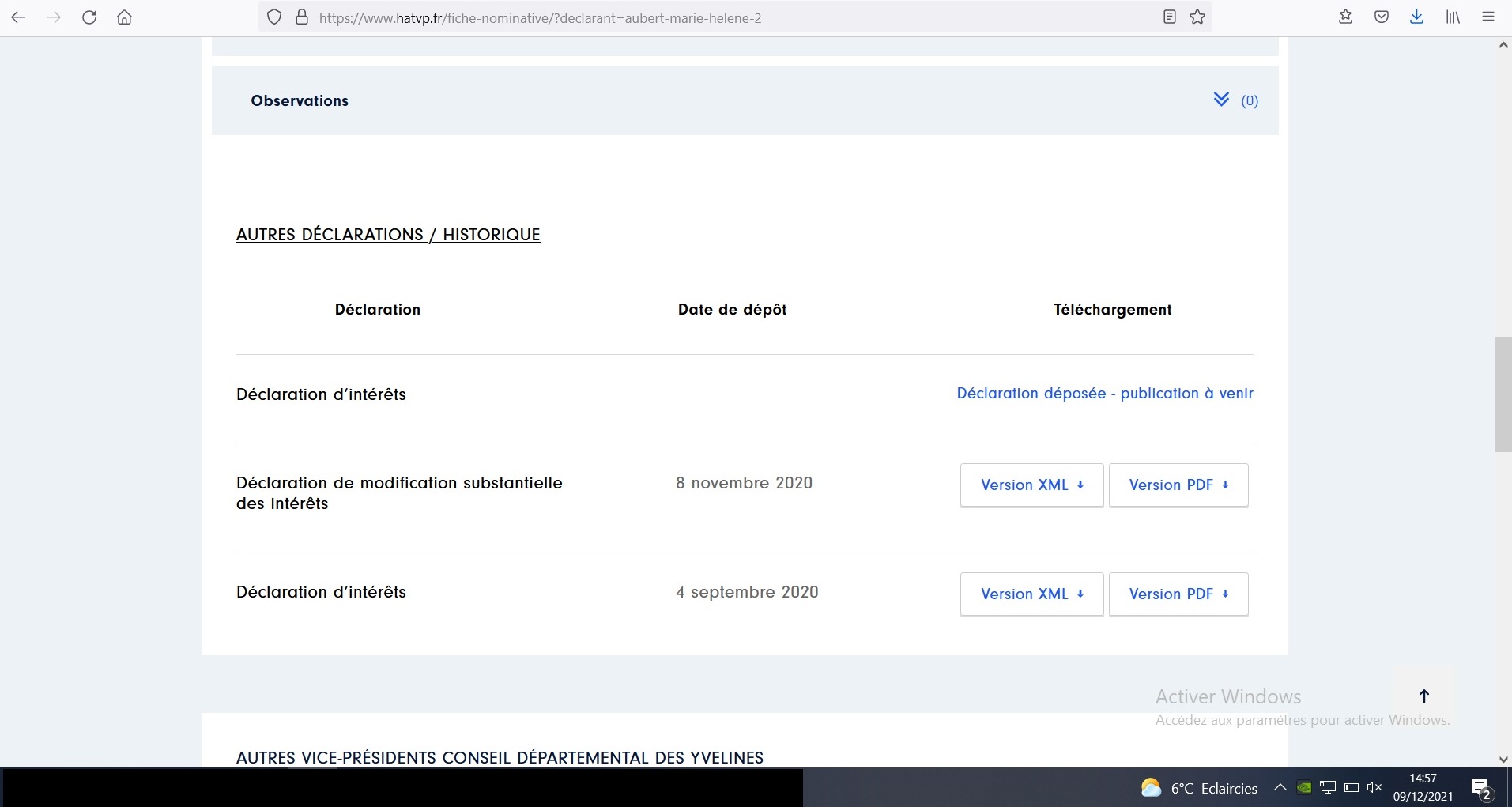 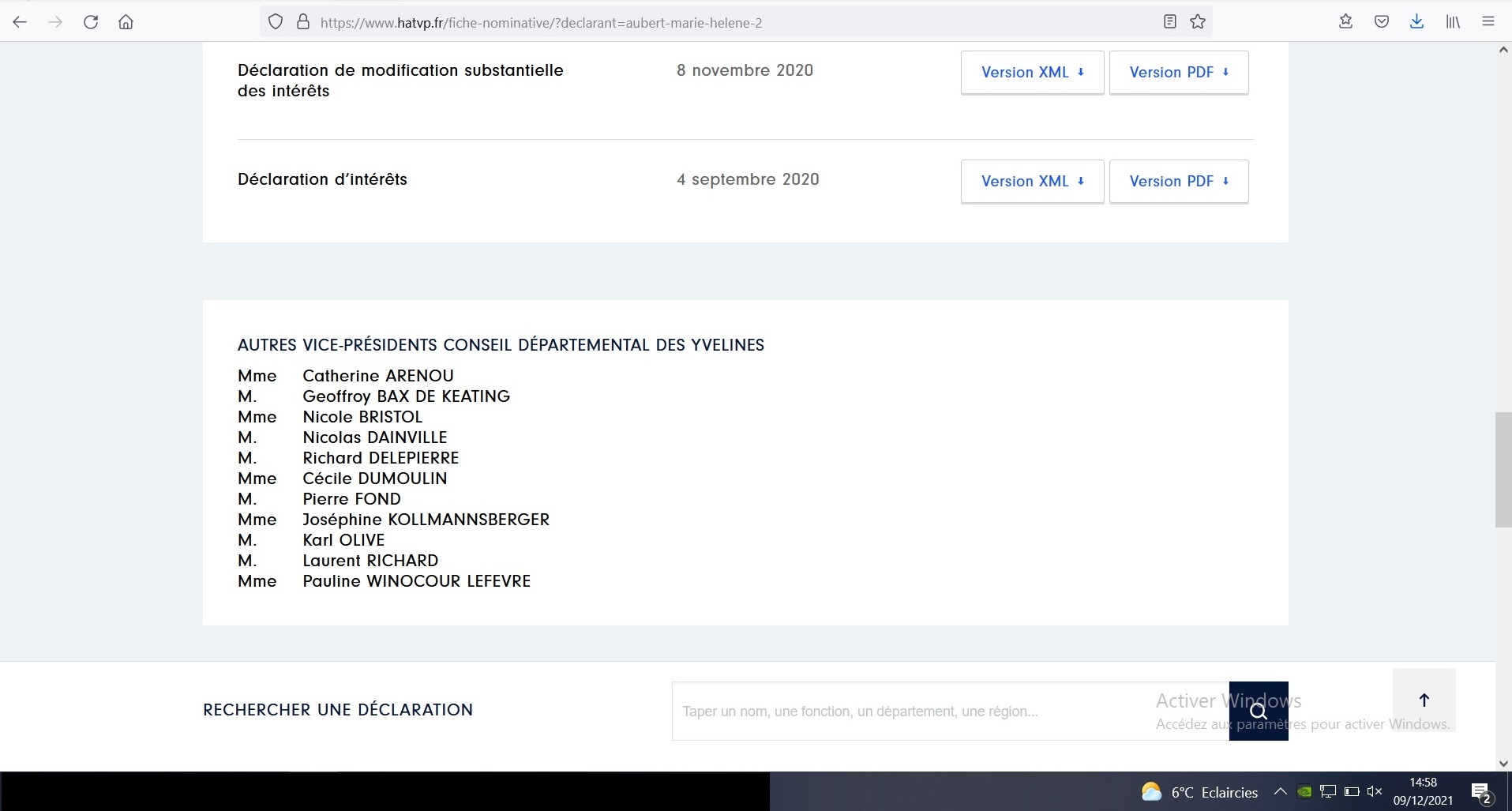