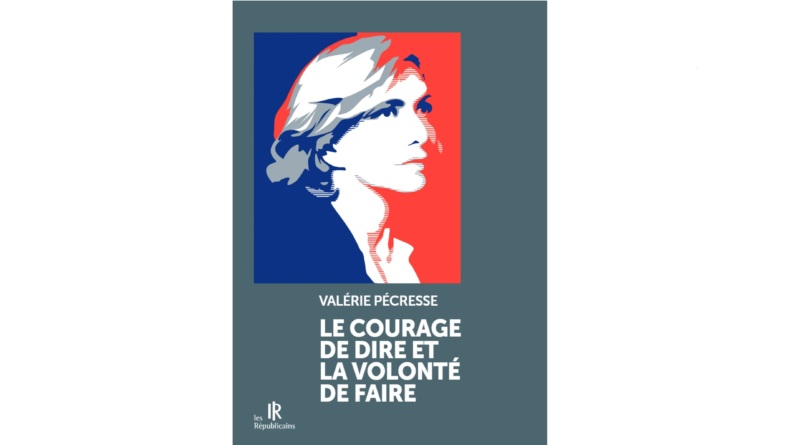 On the 26th January 2022, an article from the Libération French daily, titled – About the loose ends of the Interest Declarations of Valérie Pécresse – and signed by the senior reporter Laurent Léger, caught our attention. The journalist particularly tells us that the President of Ile-de-France had made her declarations to the HATVP (High Authority for Transparency in Public Life) in January 2014, February 2016 and finally on 3rd September 2017.

Just as beautiful and enigmatic as Alphonse Daudet’s The Girl From Arles (Daudet’s novel from his collection Letters from the Windmill), these declarations surely appeared one day but, today, we find no trace of them on the site of the High Authority. Mystery…Laurent Léger, just like what contrib’city began to do on the 26th January, used an example about a conflict of interests the Francilienne representative had faced in the past: while the president of Ile-De-France headed a public body, Ile-de-France Mobilités[1]the public organisation responsible for Transports in the Ile-de-France Region, she had bought, for huge amounts of money according to Léger, trains from a subsidiary of the Alstom group (Alstom Renewable Power).

Well, so far, nothing extraordinary: out-of-control public expenditures frighten our leaders no more, since a long time! What is, however, more shocking is the fact (which is a certain one) that it was Jérôme Pécresse who managed the provider company. Even more: according to Libération French daily, the couple held shares in the subsidiary of the Alstom group.

Today, nothing appeared on the site of the HATVP. Merely a laconic declaration was filed – Upcoming Publication. Question: with these Arlesian declarations, is the trust of the electors expected to return in the month of April? Today, Contrib’City asks how Madam Valérie Pécresse positions herself: does she remain in her Daudétien mystery, minus the magic and romanticism. Is she a businesswoman briskly carrying out, with her husband, the industrial and commercial activities dedicated to renewable energies (moreover a very interesting domain)? Is she a seasoned politician, knowing how to utilize all the tools and arcades of French politics and more particularly the ones of the Yvelines? We remember that she is also a municipal councilor of Vélizy-Villacoublay (but lives in Versailles as indicated in the previous article of CC) and is a community councilor of Versailles-Grand-Parc, in addition to her position of the Head of the Capital Region, a territory within which is concentrated just one third of the French Gross Domestic Product, a GDP whose value is roughly equivalent to that of the Netherlands.

In summary, she is a true politician who managed to combine all of her functions and her contradictions. It is necessary to recognize, in her defense, that she does not lack the ability to think and to organize. To a certain extent.

Today, the President of the Ile-de-France region must confront the absent declarations, at least about her past but serious conflict of interests (her husband is still the CEO of the same enterprise that has since become a subsidiary of General Electric), about the wealth which she will have to publicly declare if she someday became the President, no longer of the ‘small Ile-de-France’ but, of (entire) France. Namely (with the current level of knowledge of Contrib’City, at the time of the publication of this article): a private mansion in Versailles, some apartments and a house in the Baule seaside resort (South Britanny) and some shares. According to Laurent Léger, the couple held, at the end of 2015, more than half a million euros as shares in the Imirys group (Jérôme was a general director there) and in February 2021, the family possessed shares worth more than 700,000 euros in the GE Renewable Energy, run by the madam’s mister.

In contrast, Jean-Didier Berger, one of the lieutenants of madam Pecresse, has his declarations published on the HATVP site: the last one is dated 14th January 2021. The elected official has not yet declared his new position as the Vice-President of the Ile-de-France region, but, in view of the current situation, we no longer worry about a delay of a few, do we? (The 11th October 2013 French Act about Public Transparency grants a period of two months for every elected representative concerned to make her/his declaration.)

Anyways these enterprises of transport and energy run the Pécresse household. However, due to always wanting to go higher, one risks forgetting the ever lower: the (former?) ‘Gilets Jaunes'[2]The French Yellow Vests protesters who demonstrated against taxes in 2020. Some of the demonstrations lead to urban riots, probably because of other demonstrators., the youth, the minimum wage earners (the ‘smicards’) – among them some are researchers, Madam Minister of Higher Education (2007-2011) – the isolated women, the ‘classic’ households of the middle classes, the unemployed, the social workers dealing with the ever-increasing tensions, the famous ‘independents’ who have to fight for their survival every day, in other words all those French who see the price, particularly that of the real estate, mount sharply, and at the same time the public debt deepens our abyss each second a little more and more.

Contrib’City had proposed a solution to address simply the many problems mentioned above. This solution has a name: decentralization. We are speaking of a true decentralization, not the one that just consists of moving – shocking! – the ENA (former French elite National School of Administration) to Strasbourg. Moreover Madam Pecresse herself had opposed the school’s decentralization. Is it normal today, just as in the 17th century, for a large part of French wealth – but also the territorial tensions – to be concentrated on just 3,000 km2 (the size of the urban area of Ile-de-France commonly known as Paris Region)? If we go just a little higher, we find that our country benefits from a territory of more than 640,000 km² (overseas departments and regions included) and even more than a million km² if we account for the Adélie land in the Antarctic (432,000 km²).

If the world undergoes cosmetic changes, the fundamental problems remain the same. Just as Louis XIV, in face of the humiliation of the Fronde (French Civil Wars during 1600s), had fast tracked the centralizing dynamism of his father, likewise Valérie Pécresse, in her willingness to prove the excellence, forgets the simple things: distributing the territorial tensions across the whole country, even if it means losing some regional power and simply declaring, above all in democracy, her revenues and her wealth to the electors and, incidentally, to the taxpayers.

To run for the President without respecting the rules of transparency, that seems to us a lack of both poise and finesse. Too bad for a person so brilliant.

Whenever Contrib’City will find the Arlesian declarations of Madam Pécresse, it will inform its readers of the same.

Ah, we forgot: the median monthly salary of the French is around €1900 net (INSEE – French National Institute of Statistics and Economic Studies).