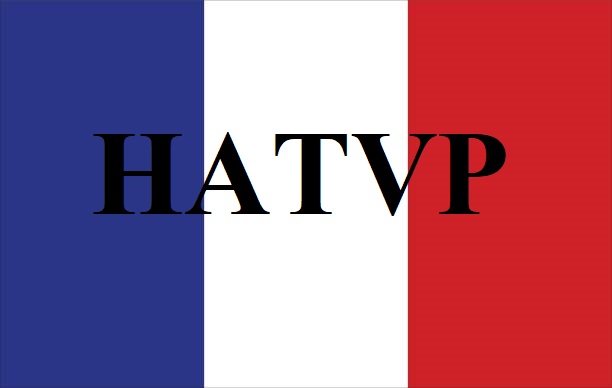 Recall the article, of 17 March 2021, in which Contrib’city showed that the Number Two and the Number Three of the State had either made no or incomplete declaration of interests to the High Authority for Transparency in Public Life. The HATVP site indicates, on 19 March 2021, that Gérard Larcher, President of the Senate, had declared, in the section of ‘Elected Functions and Positions held at the time of the election or of the nomination for the election’: Nothing. On 16 March 2021, always according to the same structure / in the same way, Richard Ferrant, President of the National Assembly since 12 september 2018, and Number Three of the French State, had forgotten to inform the French that his revenues, after having been elected as the President of the Deputies, had increased from 7,239 to 14,536 gross euros per month.

Contrib’City hoped that this would stop there and that the Head of the State would be an example.

However, journalists Jean-Baptiste Rivoire and Gauthier Mesnier, in their article published yesterday on the site off-investigation.fr, called this exemplarity into question: the Chief of the French State had declared, in 2014, ’only’ 156,000 euros (many French people would like to have this amount in their bank account) of wealth to the HATVP. But according to G. Rivoire in the l’Humanité French daily, the French Head had most probably made between 5 and 10 millions of ‘industrial and commercial profits’ via the bank Rothschild, in the context of the sale, in 2012, of the infant nutrition branch of the global American pharmaceutical, Pfizer, to the Swiss agro-food giant Nestlé.

At the time of the publication of this article, the official press service of the French government, contacted by telephone and by email on the issue of the declaration of the Executive’s Head to the HATVP, had not yet commented: neither any information, nor any moderation, nor any confirmation. Remember that the Prime Minister assumes the responsibility of the High Authority.

Two juridical questions and an economic question arise. The first: would the alleged omissions by the Head of the State be considered a tax offense? According to JB Rivoire, if the account, located abroad, is under a different name from that of the Head of the French Executive, then no fraud has been committed in the juridical sense. By contrast, from a political point of view, the scope of discussion expands even more. The other legal question, brought about by the revelations of the Off Investigation website, is the responsibility of the Head of the State, vis-a-vis the High Authority for transparency in public life, and thus, vis-a-vis the 47 million French electors. A point to keep in mind, the Law of 11th October 2013 necessitates for the ministers and the President of the Republic to declare their assets and wealth.

The third question is from the economic front: how come numerous local, regional and national representatives do not declare at all (or partially) their assets to the HATVP? CC had, in fact, demonstrated, in its article of 25 february 2021 and of 27 january 2021, that only a few Yvelinoise high authorities complied with the High Authority for transparency in public life.

It revealed that several aforementioned elected officials benefited from a wealth equivalent to or more than a value of a million euros. If an elected official got a good deal before entering politics, what is the problem? If this politician had the luck to be a part of an affluent family, what is it to worry about (aside from the fact that it is going to be more difficult for him to ‘play Mother Teresa’)? If the head of the State had conducted the business well when he was working for the Rothschild bank, all the better! He will benefit from greater skills in addressing the problems of the Republic.

But in fact, there remains a risk: the conflict of interests. The Law, because of that, insists on the declarations of the latter, so that the electors could vote with full knowledge of facts. This is probably why obligations of declarations to the HATVP are of penal nature.

The false or absent declarations raise a debate: the taxes. Our country is confronted by one of the highest tax rates in Europe (for example, the local tax rates are going to increase in Yvelines). Consequently, certain elected representatives are tempted to write erroneous declarations to the HATVP. Perhaps, can we utilize this question to review the A-Z of our entire public organization? Because we have raised the issue of local taxation, perhaps should we, in place of increasing local taxes, change our territorial organizational intricacies? Our piling up of taxes and of land use planning strata, lead to high operation costs, in a state which is already indebted with an amount more than twice its GDP and more than four times its annual revenues (The French State controled 59,2% of the GDP in 2021[1](against 61,4% in 2020 and 55,4 in 2019. Source : Figaro Economie.).

Solution? Coupling the advantage of transparency in political life with a reduction in public expenditures, thanks to a better management of our local territories while leaving more liberty to the business start-ups and entrepreneurs. Foster the establishment: it provides the private jobs of tomorrow!