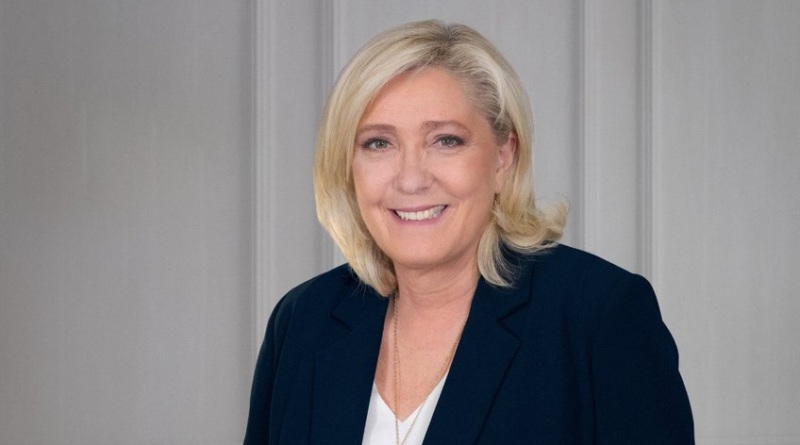 Maybe it’s the north wind that chased the memories of her obligations as an elected person? Perhaps it was the cold from the North that crippled the memory of certain interests that she should have declared to the voters? Maybe it’s just we’re talking “North”, as French actor Michel Galabru said in Welcome to the Sticks? Still, Mrs. Marion, known as Marine, Le Pen, departmental councilor for Pas-de-Calais since July 1, 2021, and law-maker since June 21, 2017, did not declare the remuneration corresponding to these two political mandates. We have heard of prestigious mandates, including that of Parliamentary, but like the Arlesian of Alphonse Daudet French writer, no trace of these remunerations on the HATVP website between August 2017 and February 2022. An oversight for almost five years, all the same.

Fortunately, with the arrival of fine weather in the charming city of Paris, where the Elysée Palace (This is the place where the French President works.) is located and which never lacks candidates to be tenants, the memory came back to the head of the Rassemblement National: during her statement to the HATVP dated March 3, 2022, voters can read that Madame la Députée ears, through her two current public positions, more than 90,000 euros net per year. With the people, yes!, but up to a certain point. However, it therefore turns out that Mrs. Le Pen, who should however be aware of Act related to Transparency in Public Life[1]Act n° 2013-907 of October 11, 2013, did not declare this income to the High Authority for more than three years (if the we study her statement of October 24, 2017), which makes a total of more than 270,000 euros. From a member of the Parliament and a former lawyer, one might expect a little better.

In her declarations of 2022, we also discover that her annual remuneration as President of the Rassemblement National amounts to 60,000 euros net, from 2018. Combined with her public income, we obtain a salary of 150,000 € net per year. A comfortable financial situation, for this representative of the People. May Mrs. Le Pen be reassured: as Contrib’City has shown on several occasions, this politician is far from being the only one in this case, not only among all the French elected officials concerned by the High Authority, but even within all the candidates in the first round of the Presidential elections on 10th April last.

The journalists Jean-Baptiste Rivoire and Gauthier Mesnier had also pointed out a potentially missing element in the declaration of the current President of the Republic to the HATVP: according to them, the Head of State would have very probably received between 5 and 10 million euros in “industrial and commercial profits” via the Rothschild bank, as part of the sale, in 2012, of the infant nutrition branch of the American global pharmaceutical company Pfizer to the Swiss food giant Nestlé.

Let’s hope, whoever wins the elections, that the electoral promises are based on solid and factual elements and that nothing has been hidden from voters/taxpayers, and in particular the public debt which amounts not to 2800 billion euros but at almost three times the GDP of France if one takes into account the commitments of the State.

Even if it benefits from being better known and respected, both nationally and locally, High Authority for Transparency in Public Life should be remembered as it is already helping to maintain democracy in our country. International News shows us, alas, that this freedom is under very strong threat in Europe and that a people can be denied, by arms and massacres, the possibility of self-determination.

Let’s protect our hard-earned treasure and thank the elected officials, who are less talked about, who respect one important rule of the political game: transparency.