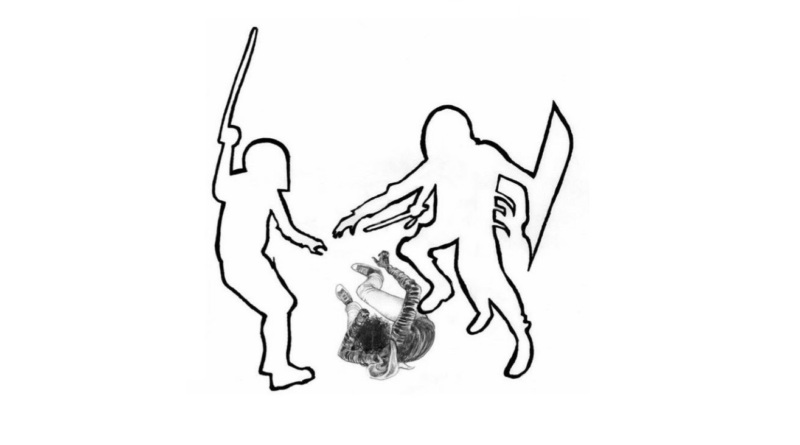 Following Lucien Cavelier’s article, dated November 19th 2020, three points will be studied: psychology during a crisis, justice for the people, and finally the European dimension. The author, a professional psychologist, rightly raises the question of a possible reaction when a crisis occurs: like all morally fragile men who find themselves in positions of power, the slide towards authoritarian drift can be observed. What one can notice in an individual can also be achieved at the level of a country: during twentieth century’s World Wars I & II, democracies found themselves in danger, and, internally, any rebellion or desertion against the butchery of the trenches, between 1915 and 1917, was ruthlessly punished by firing squad execution. Today, the central political parties are scared, among various fears, that a slightly more pronounced crisis in France will bring back so-called “extremist” opinion groups [1]The definition of this type of party being a little vague, I put the qualifier in quotation marks. Whether they are “extreme left” or “extreme right”, one of the historical characteristics of these groups is the reduction, even the outright suppression, of individual freedoms.

Then there is the question of justice for all. Indeed, the bill does not prohibit filming the police in action on the ground but forbids the dissemination of these images. If publication is prohibited, there are still two possibilities to denounce a possible Police error: filing a complaint or resorting to a lawyer. Problem: launching a complaint against the Police (80% of French people are (peri)urban therefore public order in (peri)urbain palces is ensured by the Police and not the Gendarmerie) to denounce a Police action, one mist admit that there is something funny in this idea! One would therefore be in the most perfect example of the mixture of the roles of judge and party. As for the lawyer, not everyone has the means to afford his services. In short, by banning the publication of smears, the government will only (unintentionally) encourage to transfer these images to the “underground” Internet – which will not contribute to gilding the coat of arms of the Police – and reinforce a feeling of injustice because poor demonstrators, especially young people, will no longer have the opportunity to denounce a possible abuse of power. However, democracy lies between the police state, as in Eastern Europe during the time of the Iron Curtain, and a complete absence of a public force, as can be seen in certain affordable housing districts in some peri-urban areas. In the event that the police is no longer present, it is organized crime which takes over, but not necessarily according to rules that respect human rights. Democracy, in fact, is a balance: a society where my individual freedom ends where that of my neighbor’s begins. It is a fair proportion between the freedom of creation and the respect of the rules allowing the organization of the daily life. A real democracy is the possibility of creating a bouquet of multicolored, multifaceted and multi-scented flowers, which only shines thanks to each of the plants that make up this floral set.

Finally, let’s take the European dimension. In its program Hard Talk, the BBC questions Judit Varga, Hungarian Minister of Justice, in order to denounce government maneuvers aimed at reducing Press freedom. It is true that for the European Union, following the appalling toll of the two World Wars, and that of the Cold War under the communist regime, freedom of expression is a cardinal value. The bill proposed by Mr Darmanin’s, French Interior Minister, chief of the Police, is therefore positioned in full opposition to the European dynamic. The ban on broadcasting images taken in a public places, especially when they denounce an abuse of power, represents a real regression of liberty. That said, let’s not forget another aspect of Press freedom: the latter is an endless battle to be won, every day! Whether under the influence of a government seeking a solution to a crisis; or else under the pressure of a capitalist oligarchy concentrating in its hands more and more traditional, regional or national newspapers, like the newspaper L’Humanité. The daily, created by Jean Jaurès in 1904, which later became the organ of the French Communist Party, saw, in 2001, the entry of the Lagardère and TF1 groups into its capital.

Fortunately, journalistic sites are being created, such as contrib.city, free of any conflict of interest and therefore free to write. Free to inform both locally and internationally.

On Thursday November 26th, 2020, three days after the publication of this article, the Loopsider site revealed a beating by three policemen, in Paris on 21st November, of a music producer: Michel.

by Prof.Er.Dr. Devendra Swaroop Bhargava, formerly with IITs at Kanpur and Roorkee, and AIT at Bangkok. Problems Rivers along cities