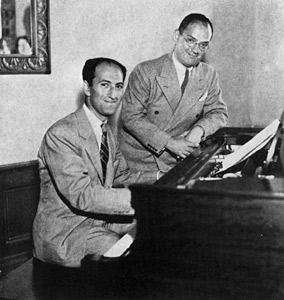 Born in 1898 in Broadway, George Gershwin, whose birth name was Jacob Gershowitz, was one of the masters of music mixing classical, popular and jazz styles. He also possesses talents for painting, dancing, and discussed literature and poetry.

He is the youngest of a Jewish immigrant family from Saint-Petersburg. With his big brother Ira, lyricist, they worked together to write the texts for his music and musicals.

Having started taking piano lessons at age 10 with Charles Hambitzer, he turned away from school at age 15 to work as a performer at Remick and Company, a publishing house. During this period, he developed his personal technique.

His first success was with Swanee in 1919, recording with Al Jolson. Two million copies were sold.

His life took him to meet Maurice Ravel in 1928 in order to hope to learn composition in his company. The French composer replied: If it’s true that you make hundreds of thousands of dollars with your songs, it’s more up to you to teach me!

Other composers were studied such as Berg, Debussy, Stravinsky, Shostakovich and Schönberg with whom he was a tennis partner and who painted a self-portrait for him.

Gershwin moved to Hollywood to help create the music for the film Shall We Dance?, along with his elder brother Ira. After experiencing a few mood swings and falling into a coma, a diagnosis signaled a brain tumor and he died under age 39 in 1937.

His musical heritage leaves us with works such as An American in Paris, Porgy and Bess with its famous Summer Time, and his Second Rhapsody Variations on “I Got Rythm”.

Let us now focus on the Rhaspody in Blue, the first great work of symphonic jazz. 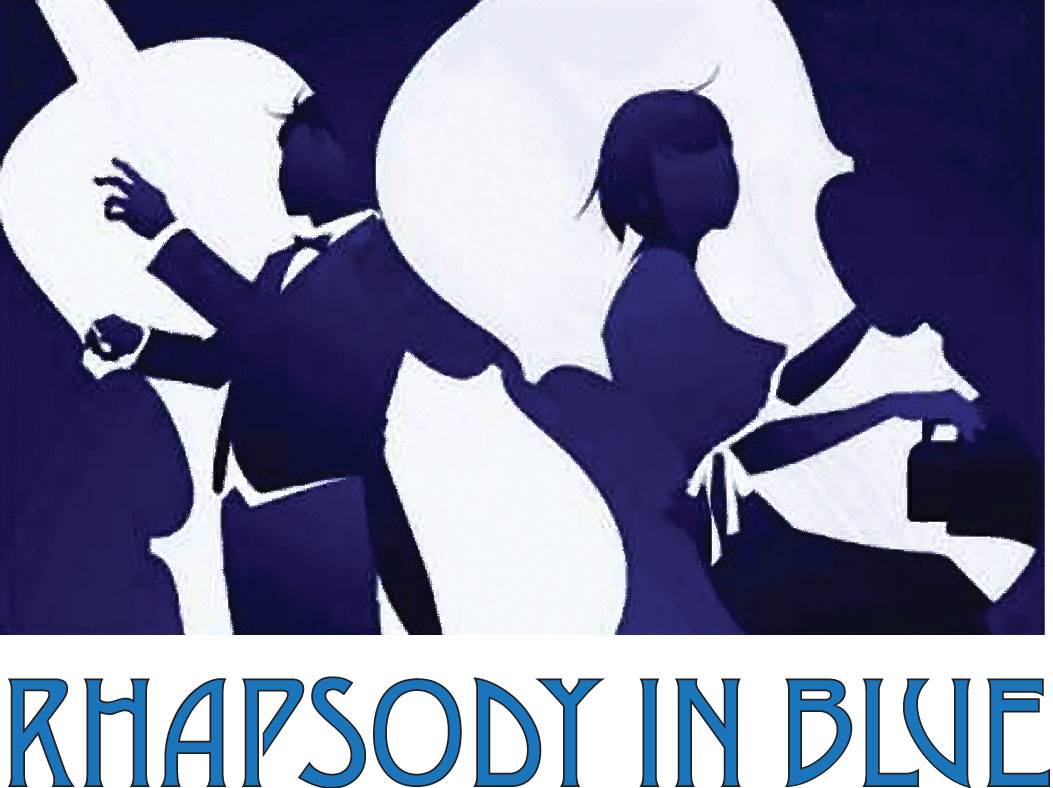 Following an article titled What is American Music?, which appeared in the New York Tribune on January 4, 1924, Ira Gershwin discovered that his brother would be the composer of a concerto commissioned by conductor Paul Whiteman, aka Pops. This concerto was to be performed in February 1924 in New York in the Aeolian Hall.

With only five weeks remaining, Gershwin finally agreed to compose despite the failure of his first jazz opera Blue Monday. The first theme ideas came to his mind on a train between New York and Boston. Written initially for two pianos, Ferde GROFE, an American composer and pianist, orchestrated the concerto through various arrangements. The premiere took place on February 12th, 1924, in New York under the title An Experiment in Modern Music.

The structure of this piece differs from that of the concerto which is declined in three parts while the rhapsody refers to a free-form piece, with popular themes, written here in one part. Other rhapsodies are famous such as Liszt’s Hungarian Rhapsodies.

The mythical introduction with this famous glissando on the clarinet which refers to the Klezmer, played at one rehearsal by Ross Gorman, was immediately accepted by Gershwin who modified the original score.

Six major themes follow one another in several parts which can be:

Theme A (of the chorus) is thus brought to the clarinet accompanied by horns and trombones. It will be repeated several times by trumpets with wah-wah mutes, piano and orchestra, and solo piano. 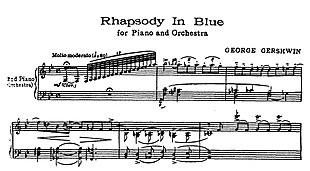 The B theme (of the march) played by the trombones at the very start then on the solo clarinet in the middle of the piece, in the orchestra as well as on the solo piano. It is taken up in the end by an announcement of an allegro and crescendo chromatic rise, a snare movement and a dissonant brass chord.

The C theme is mainly taken up on the piano except for the finale where the orchestra plays it together.

The D (train) theme is brought up initially by a Trumpet Flatterzunge, which is a rapid movement of the tongue on the instrument.

The theme E (of the shuffle) to the orchestra in vocals then in solo piano, first in a lento then rubato tempo, and in the low register until an acceleration which will rise in the highs to end in calm.

The theme F (of love) represents the lull in this music rich in twists and turns with the various modulations of the themes, the rhythms, the fragmentations, the cuts, the tempos, the virtuosity and the changing orchestrations.

Several versions will be offered and that of 1942 will be the most interpreted version nowadays.

Two versions were recorded between Gershwin and Whiteman in 1924 and 1927.

George was writing for the feet said Fred Astaire, a great dancer, actor, magician and composer who knew the Gershwin brothers well.

Cover photo: Jacob Gershowitz, aka George Gershwin, and his older brother Ira who was his lyricist.